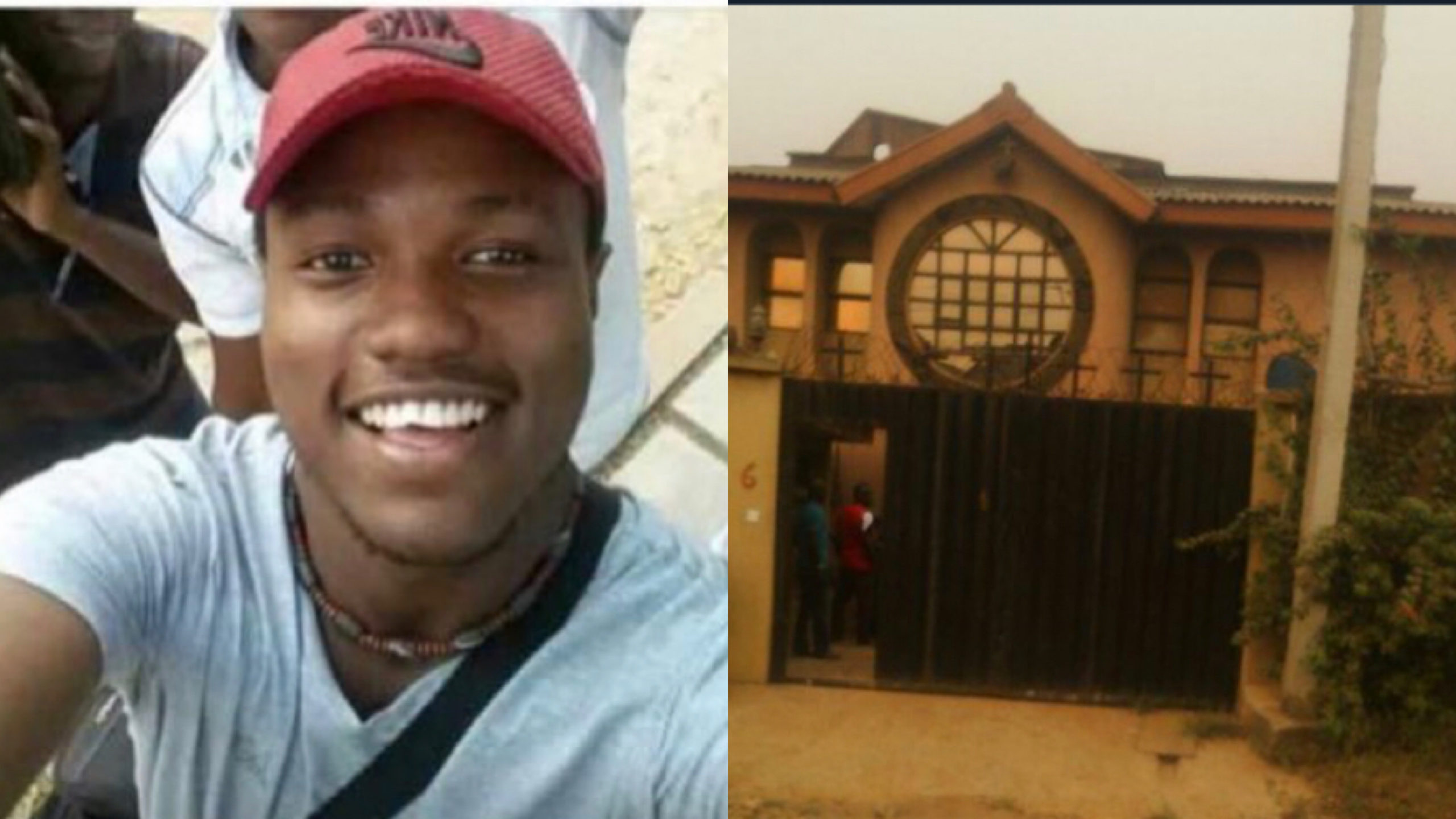 A tragic incidence happened  at Afeez Gbadamosi Street in the Ejigbo area of Lagos on Tuesday evening, following the discovery of the lifeless bodies of a man identified as Barr. Clement Okhide and his wife Toyin, in their apartment.

One of their daughters, Mary, who was found in the pool of her blood, was rushed to the hospital where doctors are still battling to save her.

Upon investigation, it was discovered that the grave act was perpetrated by their 23-year-old son, Michael Ikhibe, who is Reportedly in chains at the Federal Neuro Psychiatric Hospital, Yaba, Lagos

Vanguard gathered that the suspect is a drug addict. Although the exact reason for killing his parents could not be immediately ascertained as the Police said they were still on his trail.

warning his son against taking illicit drugs but he wouldn’t listen. There had been an altercation between them several times.

A member of the deceased’s family who spoke on the condition of anonymity to Vanguard described the incident as sacrilege. He said, “ this type of tragedy has never occurred in my family. The boy has finally done his worst. It is unfortunate that my brother and his wife lost their lives in the process of trying to ensure he turned a new leaf. Michael has been a thorn in the entire family’s flesh. If you cautioned him, he would snap at you and warn you to mind your business”

Policemen from the Ejigbo division, led by the Divisional Police Officer, CSP Olabisi Okuwobi, stormed the scene when they got the report and evacuated the bodies to the morgue.