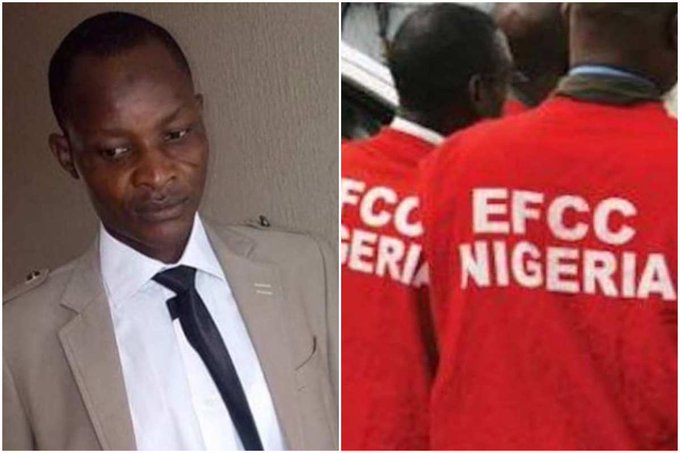 A former staff of the Economic and Financial Crime Comission EFCC, identified as Hussaina Abubakar, has been arrested for stealing exhibits.

He was convicted by Justice S.C Amadi of the Rivers State High Court, Port Harcourt, to one year imprisonment with N150,000 option of fine, for stealing.

The defendant was arraigned by the EFCC, Port Harcourt Zonal Office on a three-count charge, bordering on stealing.

Count One of the charge reads:

“That you, Hussaina Abubakar, in 2017 at Port Harcourt in the Port Harcourt Judicial Division did fraudulently steal an exhibit from the Forensic Section of EFCC, an exhibit which you knew was recovered in the course of investigation to wit:

He pleaded guilty to the offences.