Fast rising cross-dresser, James Brown has commenced his Nollywood adventure as he features in a new movie with veteran actor, Ik Ogboona. 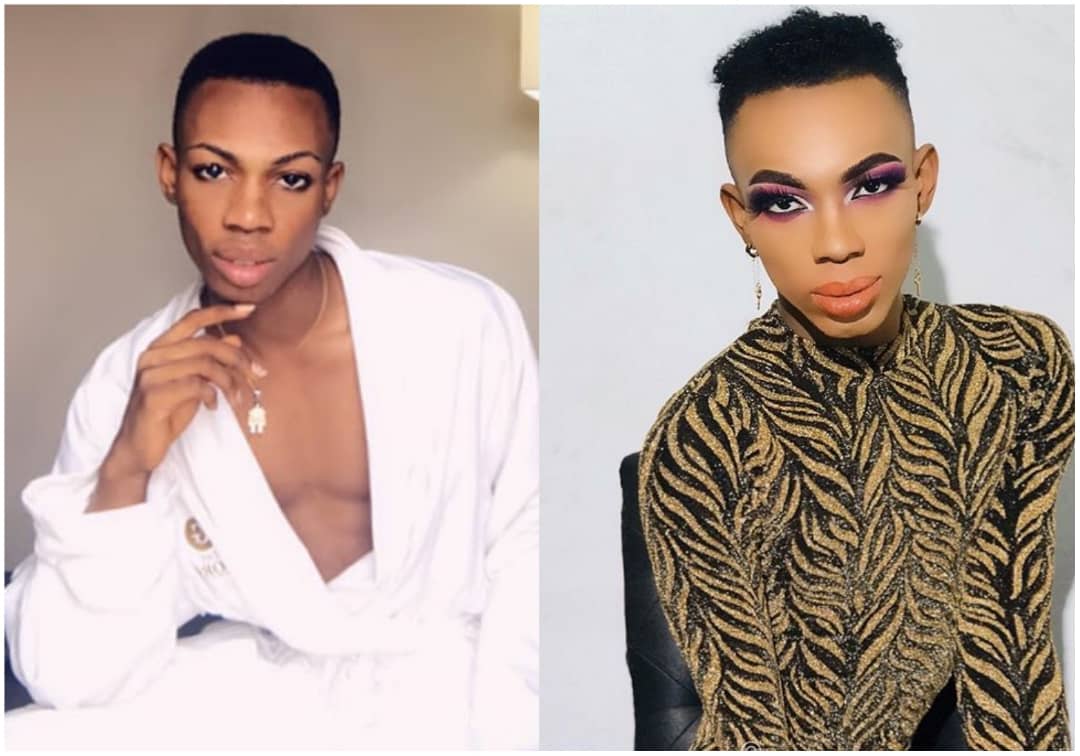 James Brown who is starting to make a name for himself could not hide his excitement as he took to his Instagram Page to shown fans a glimpse of what to expect from.

The male barbie could be seen in the video kneeling down begging Ik Ogboona as the actor vent his anger on an object.

However, the role played by James Brown is still unknown as he keeps fans in the dark on the gender he played as he captioned the post:

James Brown some days ago cry out on social media as hell noted that he has been blocked by Bobrisky who is regarded as number one in the game.

The fast rising cross-dresser revealed that Bobrisky whose real name is Idris Okuneye have blocked him just moment after he revealed that hid throne is not up for grabs.

If you don’t come to me for my blessings, you will suffer – Bobrisky warns other cross dressers in the industry