Controversial Instagram Gucci master turn Real Estate mogul, Ray Hushpuppi has just announced that he sold his Rolls Royce, the car which stirred controversy recently when social media users uncovered that he does not own it.

Recall that American writer and song writer, Gazzy Garcia, otherwise known as Lil Pump shared a photo of himself with the exact purple Rolls Royce Wraith which had the same number plate as the one Hushpuppi had posted. Lil Pump had captioned it;

I got two purple wraiths, 1 in LA, and I in Dubai 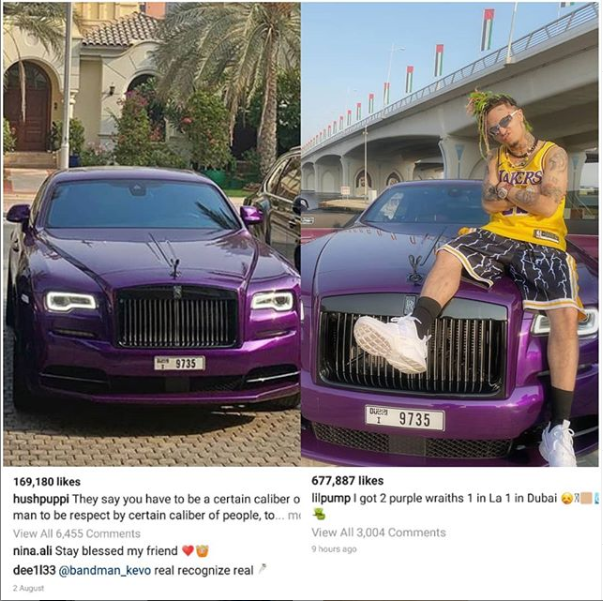 While that confusion remains unsolved, a friend of Hushpuppi has announced that he just ordered a 300 million naira Cullinan Mansory after Hushpuppi informed his fans on social media that he is selling his purple customised Rolls Royce. 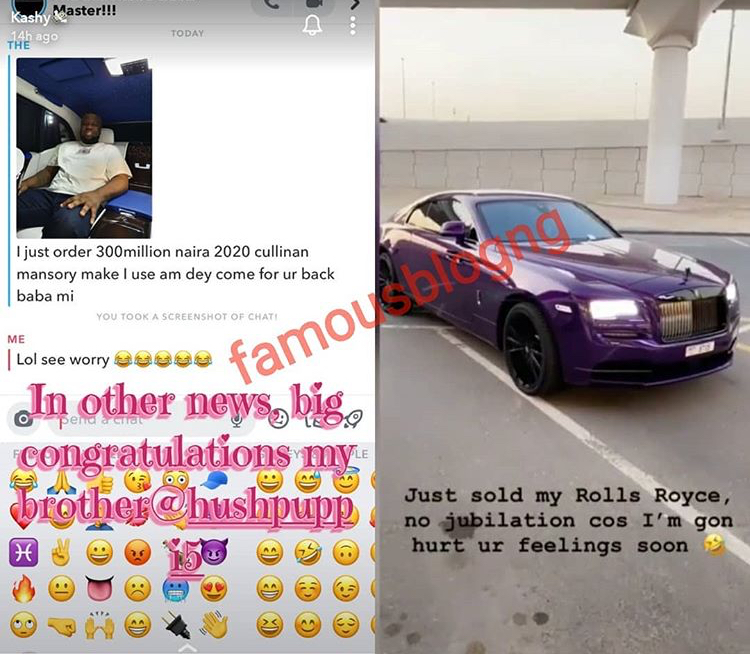 Finally Hushpuppi’s girlfriend revealed as he wishes her a happy valentine’s day!

“I am broke. Please stop asking me for money” – Hushpuppi