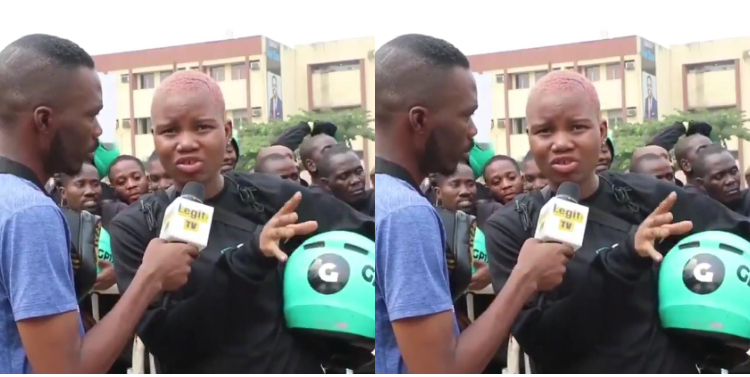 A female Gokada rider has revealed the staggering amount she is potentially earning daily, working as a gokdada rider. She was among the many Riders of Max and Gokada, motorbike hailing services, that steppped out to protest against the ban on okada in several parts of Lagos state.

Speaking to Newsmen during the protes, the Gokada rider who claims to be a student of one of the polytechnics in the country said that she makes about N20,000 daily from being a rider with Gokada.

Lagos state government earlier announced its decision to implement the ban on okada and tricycle taxis in 15 local councils from February 1.

A Gokada rider earns 20k daily🙆🏽‍♀️
In a month, 600k😧😮
Omo, I don dull myself for this Naija😥pic.twitter.com/ayqmeeuvZF#OkadaBan 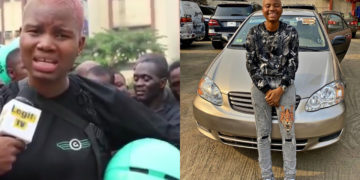