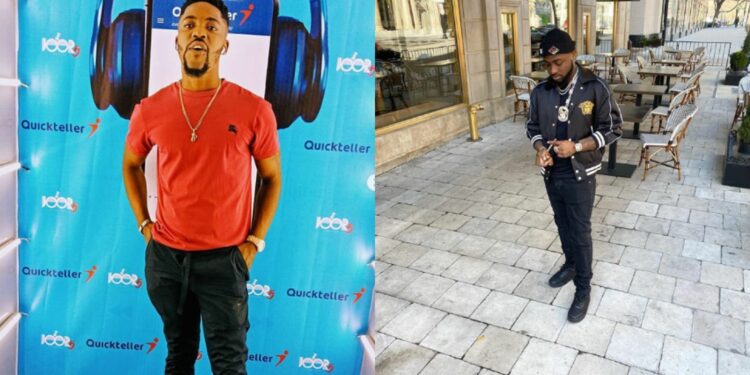 Nigerian superstar Davido has come out to defend himself after a journalist released a clip that showed him assaulting him after he tried to take a selfie with him. Davido in response to the fast trending video claimed he never intended to hit the journalist as he was trying to set up properly to have the photo moment:

He wrote: ‘I was trynna hug u bro but u moved away fast so it looked like I was slapping your chest…Love you bro’

The journalist who was at the international airport for his entertainment business crossed paths with Davido and walked up to him for a picture, as his fan. As he approached the singer for a selfie, Davido immediately attacked him by hitting his chest hard.

Taking to social media, he wrote: On Friday 14th February 2020. I was at the international airport to pick up an artiste I’m promoting. Me been a huge fan of davido, I approached him for a picture: to my uttermost surprised Davido slapped me unprovoked for no reason; I was shocked and utterly embraced, to say the least.

I’m a fan and I wouldn’t wanna miss any opportunity to have a picture with my idol, Davido, and nothing hurts me more than attacking me in such a manner. I felt hurt, humiliated in the presence of many people at the scene of the arrival. This is someone I’ve always given preference in my field of entertainment journalism. I have been feeling terrible since then: my chest even hurts.