You can’t take away humor from twitter Nigeria, no matter the catastrophe. A twitter user identified as Shank comics shared his encounter at the bank today. Shank who was on an ATM queue said a man sneezed and everyone became a bit apprehensive but let it slide as it was just the first time.

The man went on to sneeze again but this time, Nigerians on the queue became more wary as reports of the Coronavirus reaching the country saturated everywhere. According to Shank, a very outspoken young Yoruba man sternly warned the man not to sneeze a third time. Read his tweet below:

“This Corona thing tho. I was at one ATM around berger that I should sharply withdraw and go home. That’s how the guy to withdraw sneezed. Nobody fess talk, all of us dey shadow. As he sneeze again na so one yoruba man say “Egbon, emabinu o but ti won ba biyin da etun sin!”😂” In English: “Bro, no vex but if dey born you well sneeze again” 😂 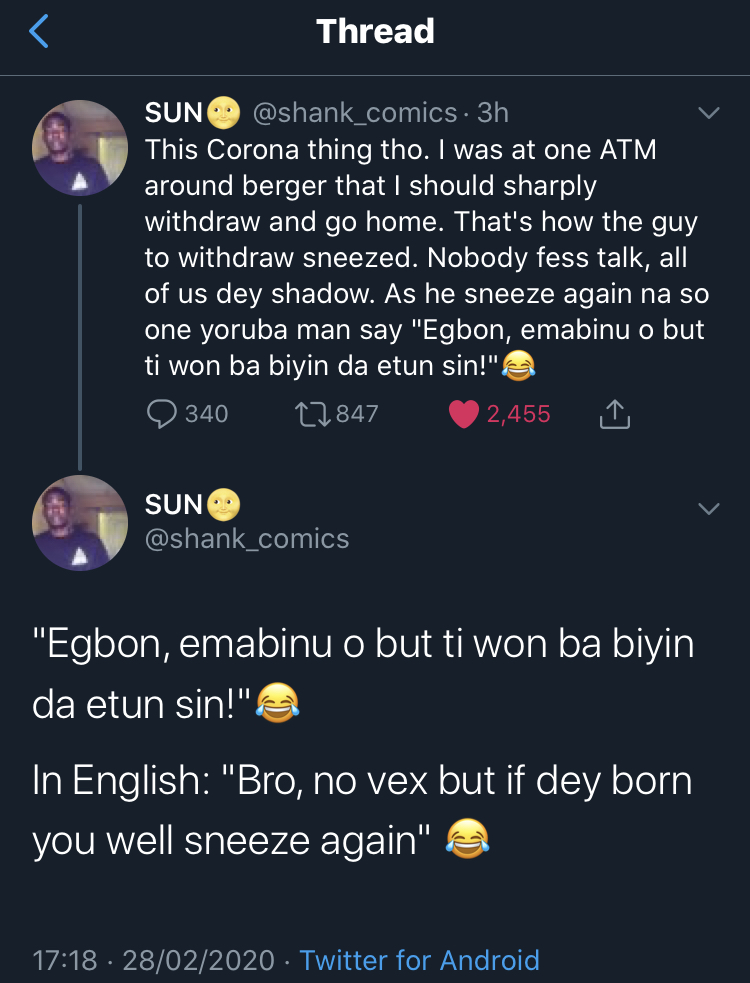 Femi Otedola shares photo of the N1bn he donated to help fight covid-19, calls on others to fulfill their pledges in time