Former BIg Brother Naija Housemate, Natasha Akide, simply Tacha has finally reacted to the old photos of her with a darker skin tone on a new episode on her YouTube channel.

the reality star was a bit nostalgic in the latest episode of her YouTube channel as she recounted how her life was long before the fame and wealth. He props were majorly the luxury hotel room she was lodged during her recently completed tour. 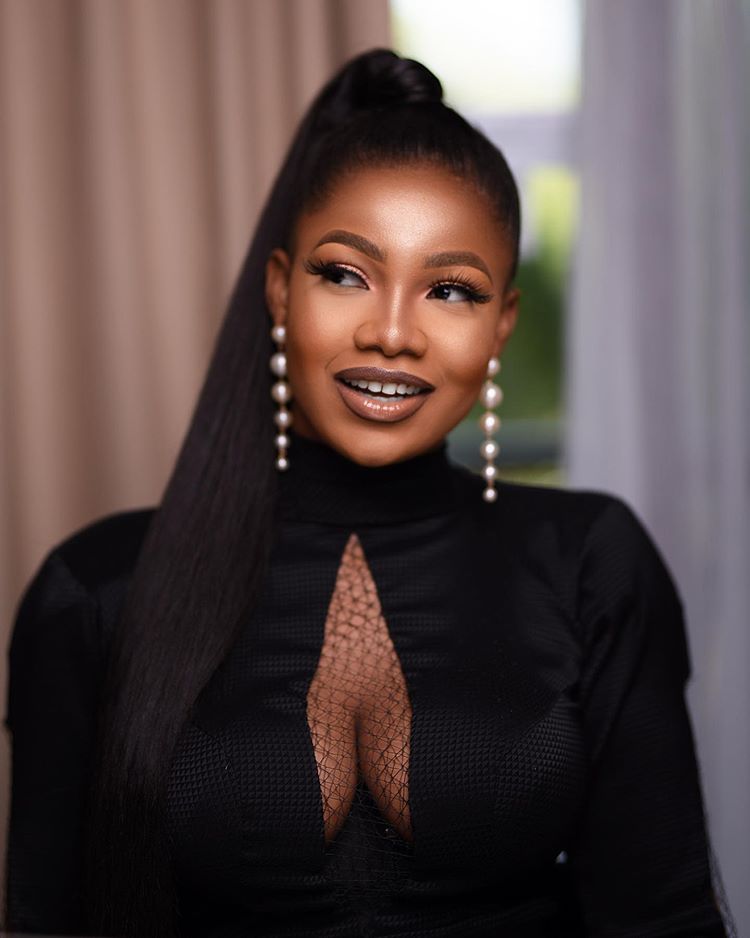 Tacha could be seen dissecting each of photos as she scrolls through her Facebook page on her iPhone 11. She also noted that she didn’t have enough freedom when her late mom was alone as she never allowed her wear makeups.

The reality star laughed at herself while reacting to her throwback photos as she was young and naive.

“Stop shutting down everything, hunger is deadlier than coronavirus” – Tacha warns Nigerian Govt. from UK

Checkout photo of Tacha 13years ago when she was denied visa to the UK – What happened to her skin color?

“13Years ago I and my FAMILY were DENIED VISA!“ – Tacha reveals why she can’t leave UK because of coronavirus

“I want all of you” – Tacha tells Naira Marley on Instagram