According to Nigerian music executive Ogagus, DMW act, Peruzzi’s songs are being pulled down from top music platforms such as Spotify, iTunes, YouTube, and others. In an already deleted tweet, Ogagus revealed that the Huncho’s works are being pulled down due to his former label’s claims of the artist going against his contract after joining Davido Music Worldwide. See the tweet below: 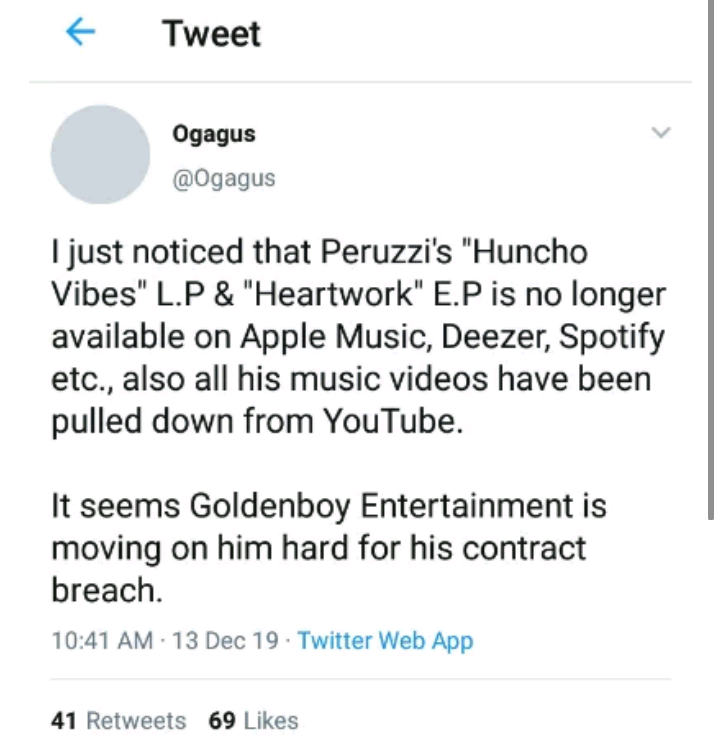 We did our research and found Ogagus’s claims to be true. TheinfoNG confirms that Perruzi’s works on Apple Music/ITunes have been pulled down as at press time. 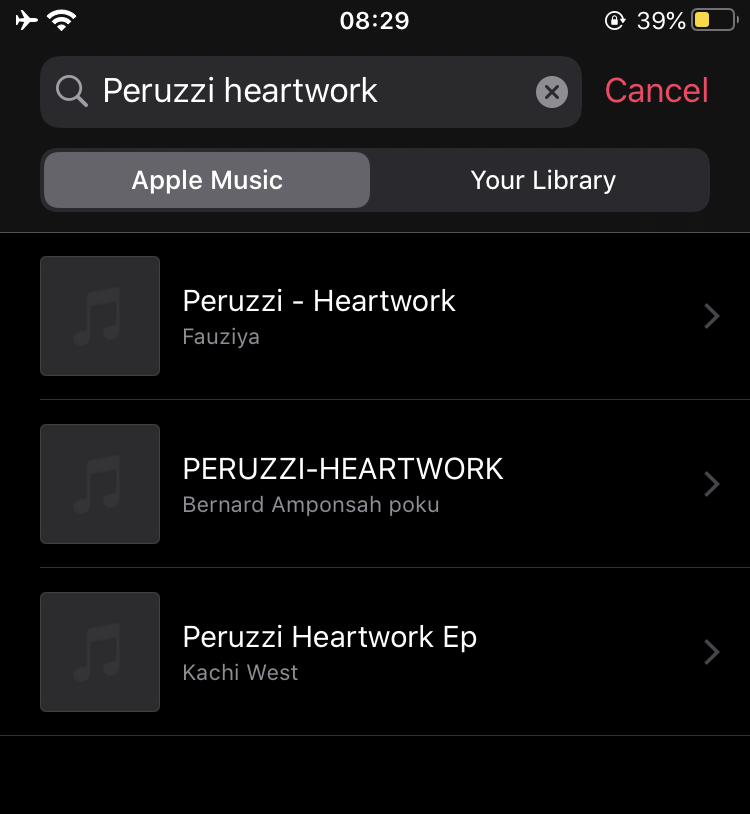 It would also be recalled that Mr Patrick of the goldenboy entertainment had called out the artiste and his new boss, Davido over a contract breach. This led to several face-off on twitter with both parties throwing shades at one another on twitter.

Mr Patrick also alleged that Peruzzi and Chioma were once lovers.