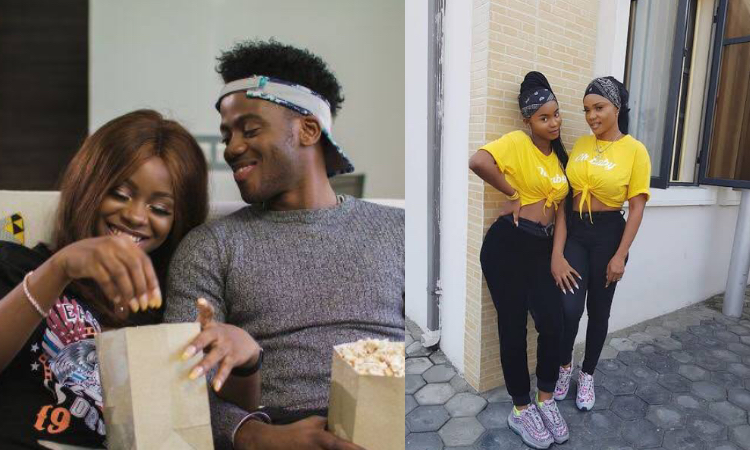 Nigerian singer, Korede Bello made an attempt to get fans talking about him by featuring Iyabo Ojo’s daughter, Priscilla for a romantic scene in one of the videos for his song and his plan worked out well.

After the video was released, fans could not stop talking about his romance with Priscilla in the video which further led to speculations that they have a romantic link in reality.

In a recent interview with Punch, Korede Bello, who was born on February 29, has addressed speculations that followed his romance with Priscilla, after he featured her in the video for his song, “Mr Vendor”.

Song and inspiration should come from the Holy Spirit…

He also revealed that the only quality he desires in a potential partner is a lady who has a strong connection with her God, herself and him.

In his words, “The only quality that truly matters is a strong connection. A connection with God, herself and with me. Every other thing doesn’t really matter. Besides, a dream woman will always be a dream. I want a real woman.”

Speaking about his birthday, ”I must confess it does make me feel special. I don’t have to feel like I’m getting older every year (laughs). It is truly special to anticipate something for four years. It teaches one a lot about patience and rewards.

All the birthdays I’ve had have been memorable because I had four years to plan for them,” he said.

On the accusations of being a woman wrapper and his secret romance with Iyabo Ojo’s daughter, Priscilla, the ‘Godwin’ crooner said, “People see me as a womanizer. I don’t even know what that word means anymore. I guess when one attracts a lot of female attention and love, they call one a womaniser. As for my rumoured relationship with Priscilla, she would be in a better position to respond to that (laughs).”

Responding to a question on whether he would be getting married soon, the artiste said, “Wedding bells are always sounding every Saturday. Perhaps, you have not been paying attention.

“I even try to put bells in my songs because my name is Bello. If you listen closely to the song, ‘Sun mo Mi’, you would hear wedding bells and hints of a potential wedding.”

On the belief that he has yet to live up to expectations career-wise, Korede Bello said, “I don’t react to issues, I would rather respond. As for this question, I would let my music answer it.”