American singer and rapper, Nicki Minaj has spark pregnancy rumours after she posted a video of her husband, Kenneth Petty rubbing her stomach.

Nicki Minaj got tongues wagging on the social media platforms after she posted a video of herself and her husband enjoying some time out.

However, her husband was captured in the video rubbing the tummy of Nicki Minaj, a move which suggest she could be pregnant.

Fans and lovers of the ‘Megatron’ crooner have reacted swiftly to the video as they noted that Nicki Minaj might be pregnant for Petty. 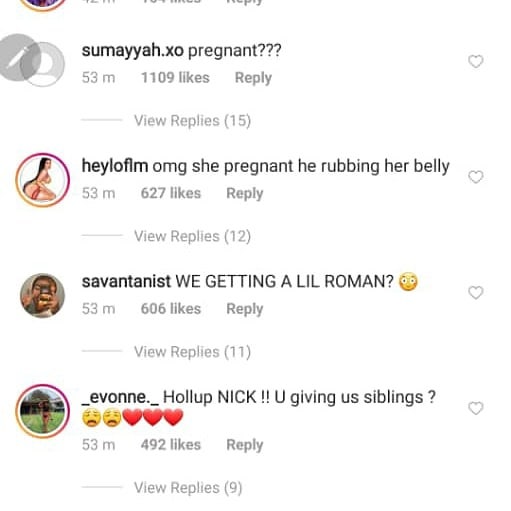 It’s, however, not surprising that Nicki Minaj could be pregnant as she has been having some memorable time with Petty ever since they got married.

Both lovebirds have always been captured in love up moment and fans will be hoping the pregnancy rumours comes to reality.