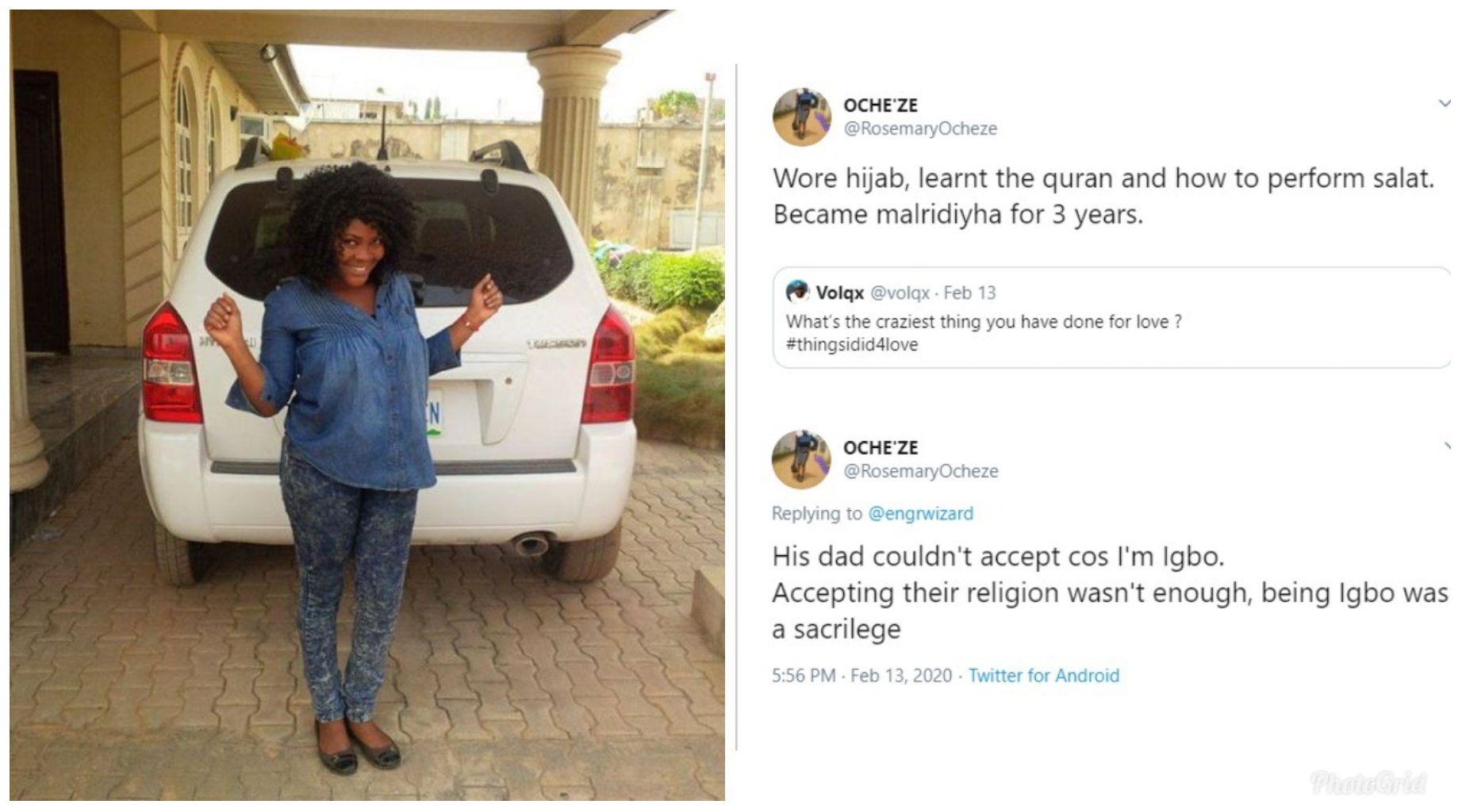 A Nigerian lady identified as Rosemary Onaje in a statement has disclosed how she put effort into keeping her relationship with her Muslim partner but the family still rejected her. According to Rosemary, she had gone ahead to learn the quran just to prove she could adapt but the family rejected her because she was Igbo.

“They’ll rather buy you drinks than help you to…

Taking to her Twitter account, she narrated the story in reaction to a tweet from another user who asked; “What’s the craziest thing you have done for love?”

She added that all these were not enough for his family to accept her as her man’s father felt that could not happen because she’s Igbo and it is a sacrilege.

“Wore hijab, learnt the quran and how to perform salat. Became malridiyha for 3 years. His dad couldn’t accept cos I’m Igbo. Accepting their religion wasn’t enough, being Igbo was a sacrilege”, she wrote.