A Facebook user identified as Nmutaka Chikwendu took to the platform narrate his ordeal with police officers on Thursday as they tried to seize his power bike as part of the latest ban on motorcycles popularly referred to as Okada by the Lagos State Government.

He disclosed he was able to get his power bike back after a good Samaritan came to his aid. 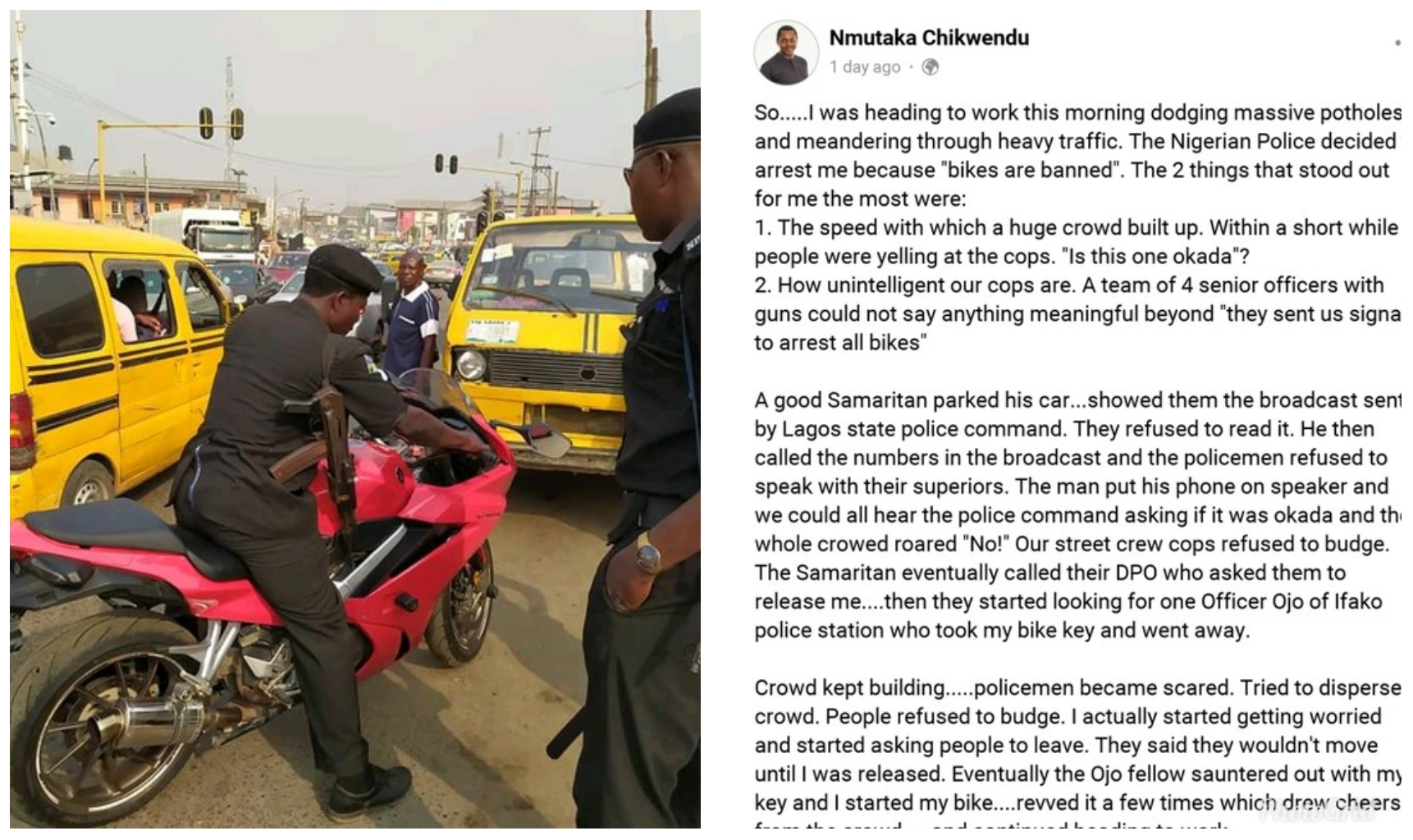 So…..I was heading to work this morning dodging massive potholes and meandering through heavy traffic. The Nigerian Police decided to arrest me because “bikes are banned”. The 2 things that stood out for me the most were:
1. The speed with which a huge crowd built up. Within a short while people were yelling at the cops. “Is this one okada”?
2. How unintelligent our cops are. A team of 4 senior officers with guns could not say anything meaningful beyond “they sent us signal to arrest all bikes”
A good Samaritan parked his car…showed them the broadcast sent by Lagos state police command. They refused to read it. He then called the numbers in the broadcast and the policemen refused to speak with their superiors. The man put his phone on speaker and we could all hear the police command asking if it was okada and the whole crowed roared “No!” Our street crew cops refused to budge. The Samaritan eventually called their DPO who asked them to release me….then they started looking for one Officer Ojo of Ifako police station who took my bike key and went away.
Crowd kept building…..policemen became scared. Tried to disperse crowd. People refused to budge. I actually started getting worried and started asking people to leave. They said they wouldn’t move until I was released. Eventually the Ojo fellow sauntered out with my key and I started my bike….revved it a few times which drew cheers from the crowd…..and continued heading to work.
#insidelife