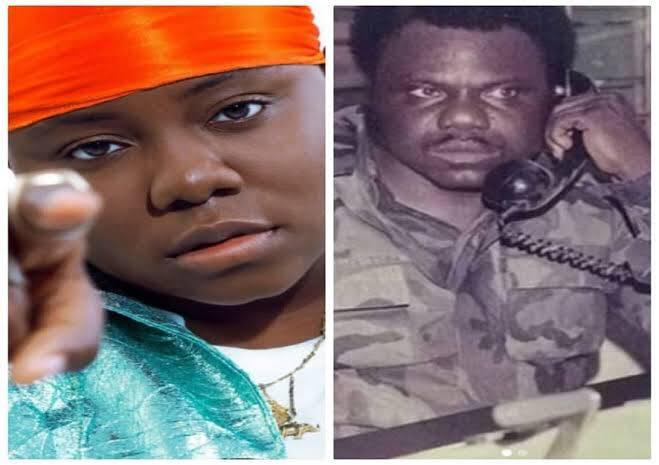 Teniola Apata’s father, Simeon Apata was a gallant retired Army Brigadier-General with the Nigerian army before he was assassinate in 1995 by unknown gunmen.

Many know the music star but only a few know about her late dad who was also a civil war veteran.

We obtained a rare photo of Teni’s father before he was assassinated by gunmen in 1995 and we accompanied it with some information about him. Read below;

Teni’s father Simeon Apata was a retired Army Brigadier-General with the Nigerian army. He was also a civil war veteran.

As a retired military man, he has confronted and fought against the menace state of his community and at several times confronted armed robbers.

While in the duty of making sure his area was a safe haven, he was assassinated by gunmen on January 8, 1995. His death stunned Lagos and left a vacuum in his home.

With his wealth, it shows that Teni has been an ajebutter throughout her life.