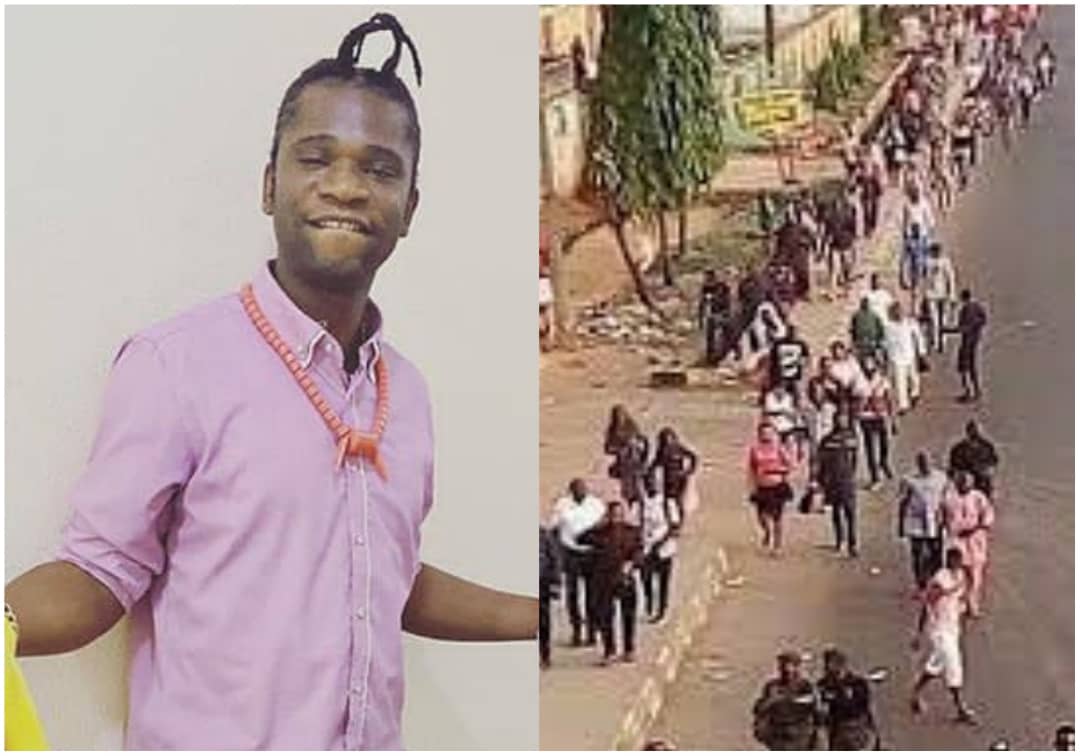 Singer and songwriter, Speed Darlington has lamented over the high cost of living in Lagos noting that it has left him high and dry.

Speed Darlington who left Nigeria 18 years ago for greener pastures in the US returned to support his foe turned friend, Zlatan Ibile during his concert and have not returned since then.

Speed Darlington speaks after disgracing fan who tried to…

Moment Speed Darlington shoved off a man who tried to take…

The singer has now taken to social media to voice out his frustration over the cost of living that has seen him involved in different drama.

According to him, he won’t be moving to Lagos if he ever decides to relocate back to Nigeria.

He stated that he would like to live in Benin or Calabar where life is cheaper. Speedy further disclosed that living in Calabar would be perfect for him as he can secure a house and a maid for just 2 million naira.

“Honestly I don’t know what I’m doing in Lagos maybe I should live in Benin City or Calabar where life is much cheaper and I can get to the capital within 10 hours of driving. With 2 million naira in Calabar i can have a very nice place with a maid.
Six weeks in Lagos I only got two jobs that’s not a lot. I don’t have plans of getting married right now but i want a child, outside Lagos, is my best bet.”