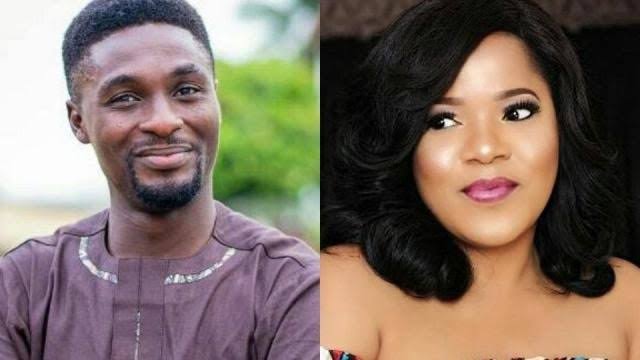 We watched closely as we expected Actress Toyin Abraham to send birthday wishes to her ex-husband Adeniyi Johnson as he marks his birthday, but she snubbed him completely.

Adeniyi Johnson marked another birth anniversary today, February 27 and most Nollywood actors who are his colleagues sent him birthday wishes. We saw birthday wishes from his friends including Mercy Aigbe, Iyabo Ojo, Sanyeri and more have wished him luck but not his ex-wife, Toyin Abraham.

Another thing that may come to your mind is that she was busy, hence the reason she could not post him but that is totally wrong because she wished another man- a Nollywood actor as well – a happy birthday.

Now, it’s glaring that Toyin has not forgiven his ex-husband for choosing his maidservant over her. Though Adeniyi Johnson gave Toyin a shoutout last year after she put to bed, the actress is yet to forgive him.