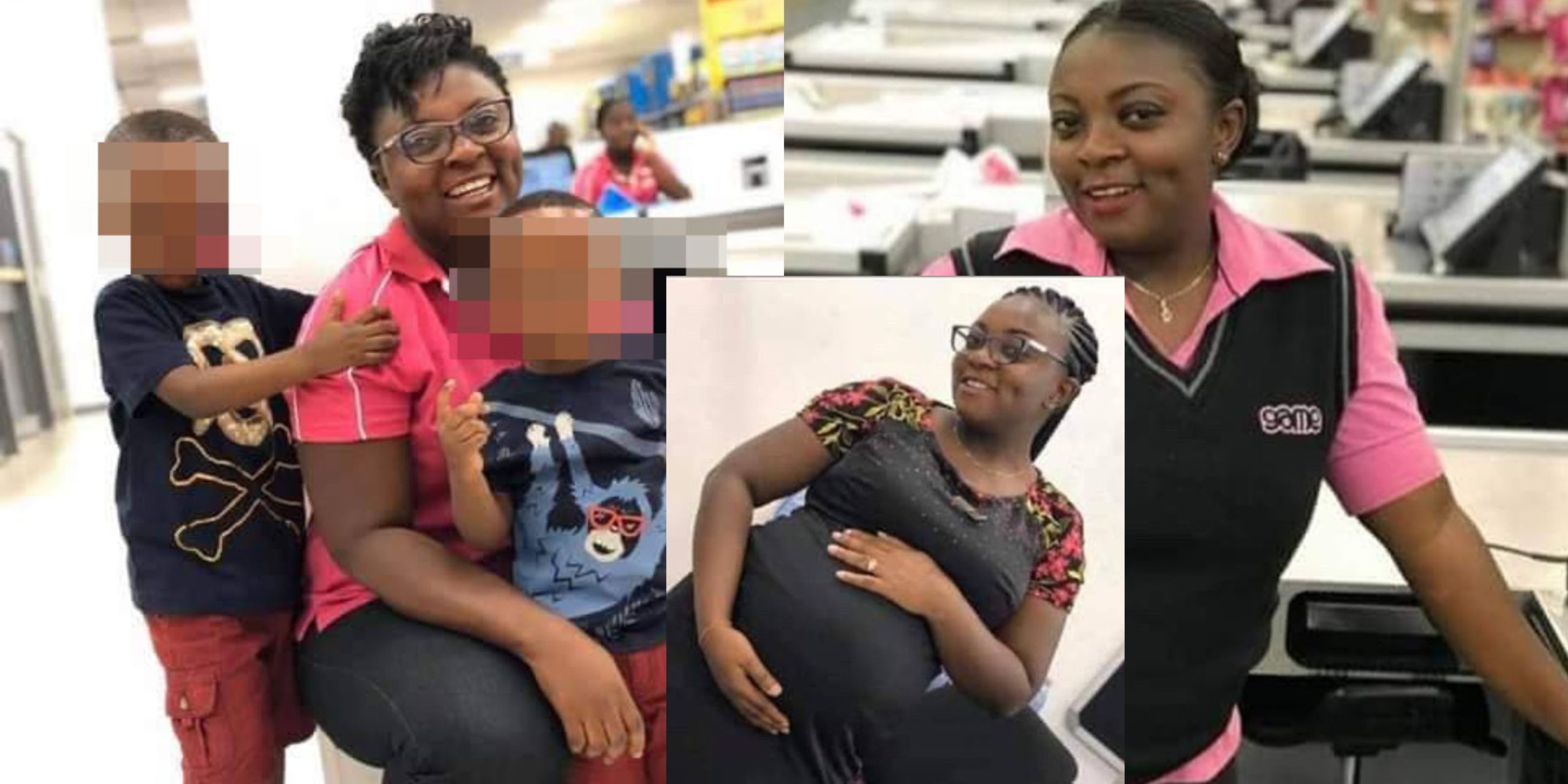 Ghanaian netizens were thrown into deep mourning yesterday as a beautiful Ghanaian lady died after childbirth. Salomey, a mother of two boys who worked in a Mall, died after having her 3rd child, a daughter.

According to reports on Ghpage.com, Auntie Salo who already had two boys wanted a picture-perfect family by having a girl child. Quite fortunately for her, she took in again and test results show it’s as a girl. Her colleagues at work were said to have been excited after she broke the news to them, everyone was awaiting a beautiful princess that would look like Salomey Tragedy struck when she went into labor. She successfully delivered her daughter but gave up the ghost 24hrs later.  One can tell that Salomey was a good person, taking a cue fom the outpour of emotions in the Ghanaian social media space. May her sou resp in peace