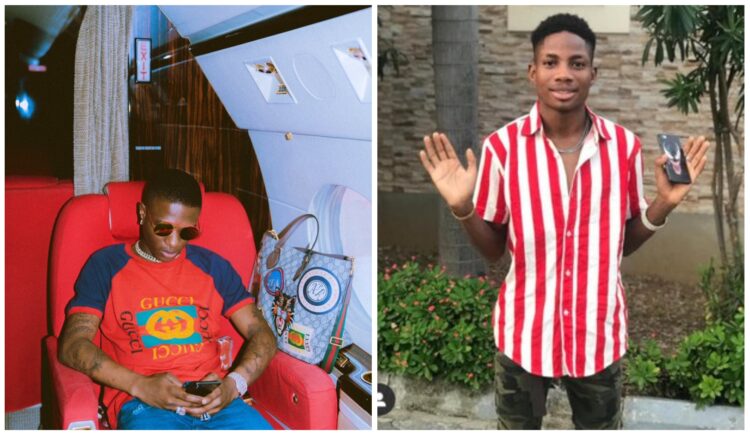 Nigerian songster, Ayo Balogun better known as Wizkid in a latest statement has reacted to the death of a Twitter user named, Dolapo.

It was revealed that Dolapo prior to his death was a big fan of Wizkid and could argue in support of the artiste to any length with anyone.

In a show of love, Wizkid also prayed for God to bless his soul and grant his family the strength to bear the loss.

Wizkid wrote on Twitter, “Rip Dolapo! God bless his soul and I pray God bless the family with the strength at this time.”

Dolapo is being mourned by his followers days after he took to his Twitter handle to advise everyone to live their best lives because they could die at any moment.

On February 19, 2020, Dolapo, whose Twitter is @Kinyels tweeted:
“Anybody can die anytime, enjoy your life! You only live once.”

His last tweet was shared on February 22. His followers went under his tweet to reveal that he has passed on.
One of them claimed that he died in his sleep.

So far the cause of his death remain unknown but it has become mysterious to many owing to the tweet he posted earlier about death.