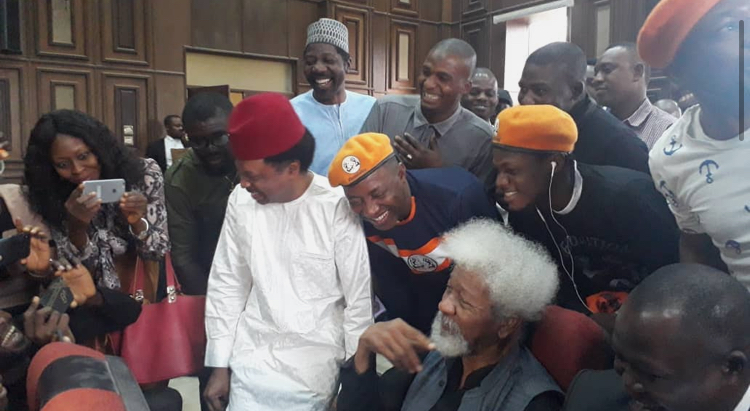 Revolution-Now conveyer and presidential candidate of the African Action Congress (AAC) in the 2019 elections, Omoyele Sowore’s trial continues today, February 12. Nobel laureate Wole Soyinka and former Senator Shehu Sani on Wednesday were seen in pictures from the Federal High court in Abuja where the trial will hold.

The Cable reports that Soyinka and Shehu Sani are present at the trial to suppprt Sowore on his case. Soyinka arrived at the courtroom around 8:50 am, five minutes before the convener of RevolutionNow Movement made his way in.

Sowore was charged to court by the Department of States Security, DSS, on seven counts including treasonable felony, insulting the president, and cyber-stalking alongside his co-accused, Olawale Bakare.

I don’t believe President Buhari is in charge – Wole Soyinka…

COVID-19: Nigerians should trust scientists and not fiction…

He was arrested in August 2019 by Operatives of the DSS at his apartment in the early hours of Saturday, August 3.