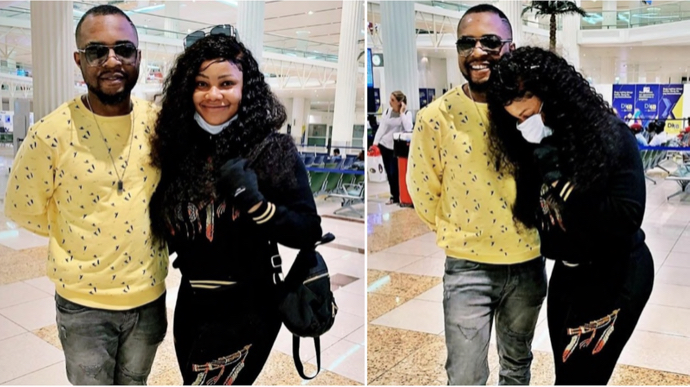 Recall that Many houses were destroyed as pipeline explosion rocks Abule Ado, Festac in Lagos. Residents in the area woke up to the explosion on Sunday, March 15.

Tacha excited as she acquires a multi-million naira mansion…

“Boma is disgusting” – Tacha reacts to…

Amidst fresh mourning and lamentations about victims of the recent Abule Ado pipeline explosion in Lagos state, the lady came out to say the explosion was caused by Tacha’s safe landing in the city of Dubai.

She went on to liken Tacha to a queen that is able to shake an entire country despite her absence, and called on members of the internet to pay due respect to the ex-BBNaija housemate.

Many Nigerians on the social media platform were instantly angered by the post and they made sure to register their displeasure.

“This is being so dmn insensitive! How can you talk about a catastrophic happening with such carelessness? And you call this content? Well, hopefully, you don’t have a loved one in the disaster,” one follower said.

Another outraged Twitter user said: “Are you normal??? Do you guys have any form of intelligence at all? What sort of stupidity is this?! Something tragic just happened and you mirror it to mediocrity in a bid to stan or trend? How do you function?”

Coronavirus, Crude price drop, bad government, $22.7bn loan, no electricity, no football🙄 and Tacha is your concern?
Buhari sha was right about Naija youths all along

This here is the lowest depth of foolishness.
Noone could possibly get lower.