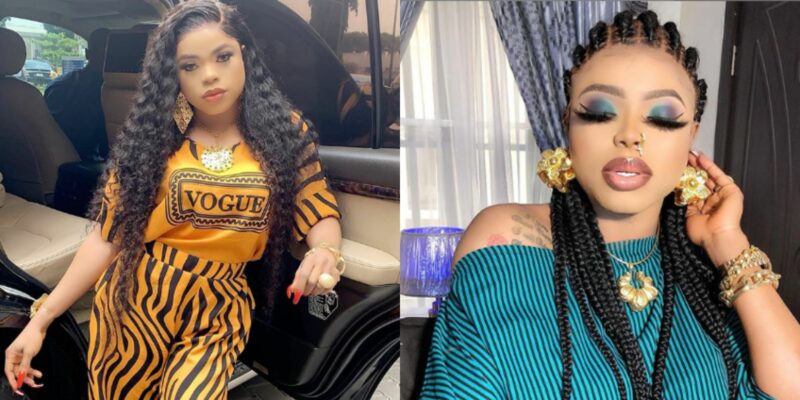 Nigerian most popular crossdresser, Bobrisky has left the league of celebrities that don’t have a blue badge to identify that they have been verified on Instagram. Bobrisky may not have received an invite to the biggest award platform in the Nigeria movie industry; The Africa Magic Viewers Choice Award, but that does not mean he is not winning on his side.

It is a dream come true for Bobrisky as Instagram has finally verified her and she is lit up. Instagram verification makes people, mostly celebs ecstatic because it means they have been recognized which ultimately means more money, more deals, and happy life. 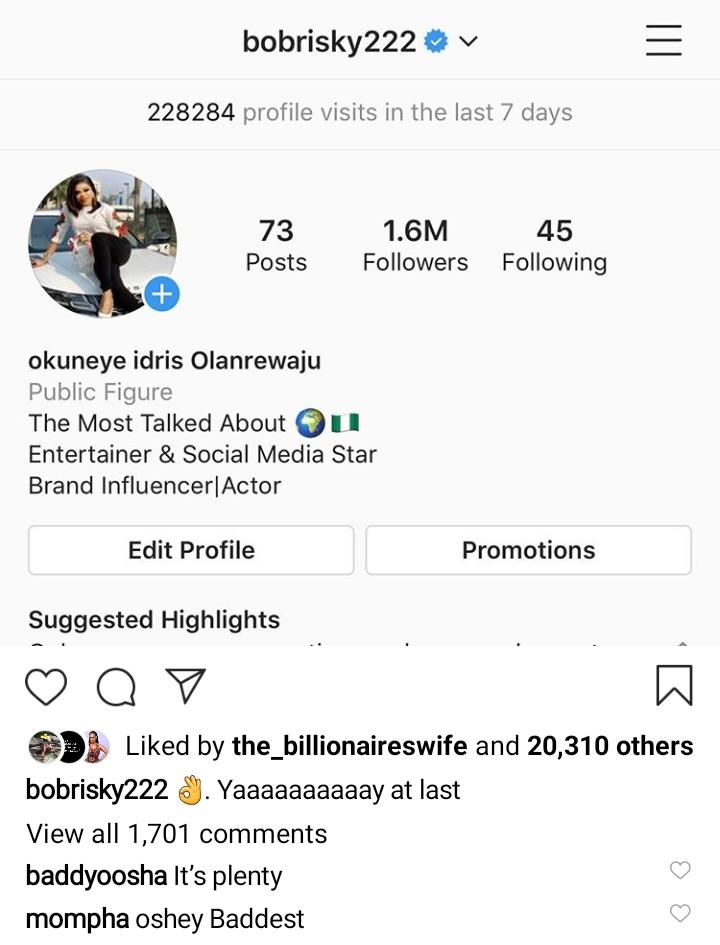 That reminds us that Bobrisky finally admits that he still has a ‘Joystick’ down there.

“I’m now OFFICIALLY a woman. So address me as one,” said Bobrisky who had in the past been berated by Otunba Runsewe, Director-General of Nigeria’s National Council for Arts and Culture, for being a bad influence to Nigerian youths.

Speaking further, he revealed that he doesn’t have two complete holes like women do but that should be the least of his worries as he admitted he satisfy men more than those who have the complete set.

“For those asking if I still have a d***k, well, never mind about that part. Women have two holes. P****y and a*s [hole]. Since I have one of these two, I can still satisfy my man. Love u guys,” he added.

Isolate yourself for 14 days if you were a passenger on flight BA 75 that arrived Lagos on March 13 – Lagos Health Commissioner, Prof Abayomi