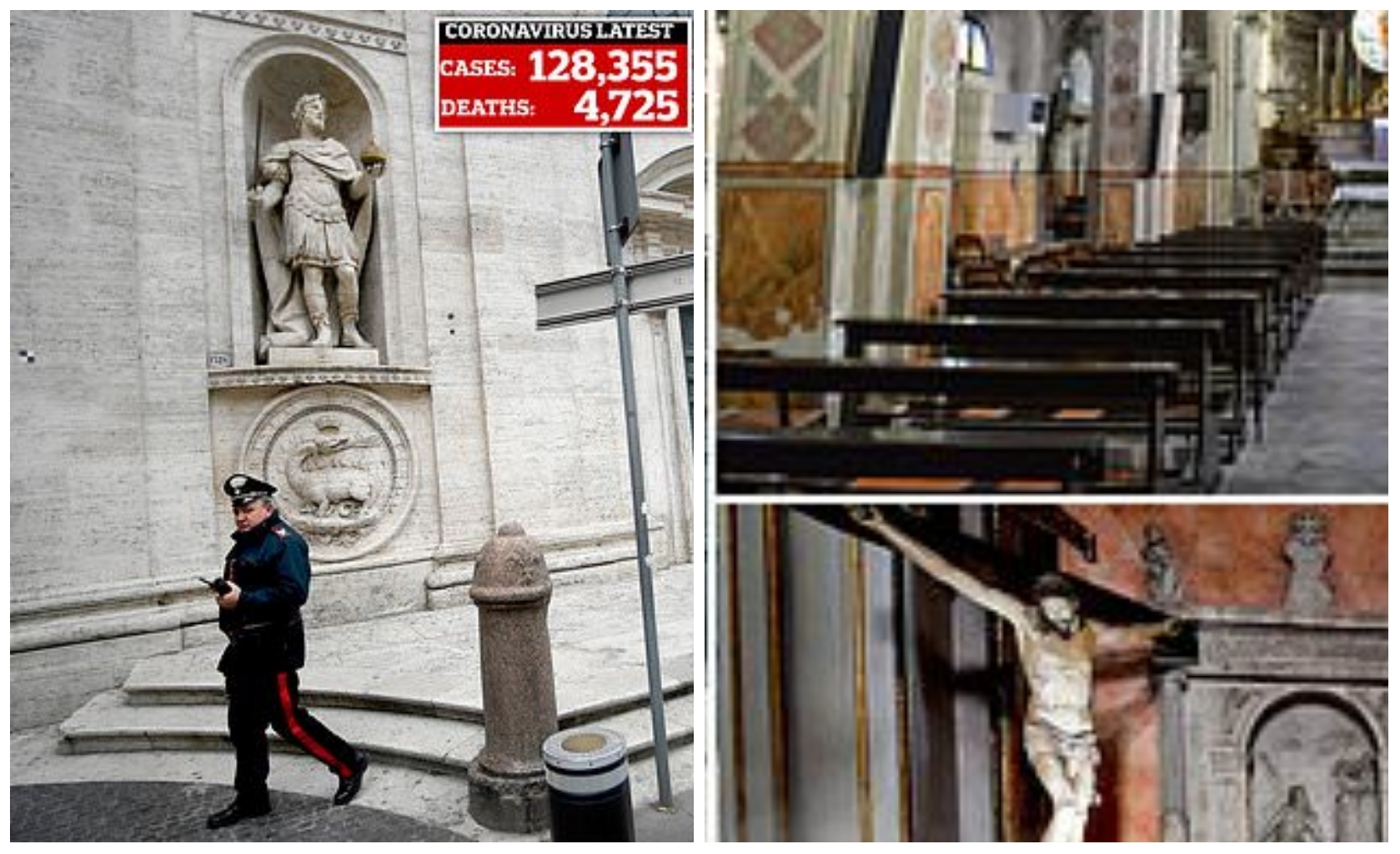 Rome has closed down all its Catholic churches in Italy as part of the latest drastic step to halt the coronavirus outbreak.

Worshippers have been exempted from attending Sunday Mass in a shutdown announced by the Pope’s deputy in Rome last night as Italy’s death toll passed 1,000, according to the DailyMail UK.

Cardinal Angelo De Donatis said Rome’s 900 churches will be closed until at least April 3, when Italy’s nationwide quarantine is due to end.

The Vatican has already shut down St Peter’s Square, St Peter’s Basilica and the Vatican museums to tourists with weddings and funerals called off.

But the total church closure is thought to be unprecedented. Some places of worship keeping their doors open even during World War II when the Nazis and Italian fascists kept Pope Pius XII confined to the Vatican.

The new regulations cover the whole Italian capital, and not just the tiny Vatican City.

The statement added that monasteries would remain open to ‘communities that habitually use them as residents’.

‘This provision is for the common good,’ De Donatis wrote.

The cardinal is officially the Cardinal Vicar of Rome, standing in for the Pope who is technically Bishop of Rome but regarded as too busy for local duties.