Covid19: Omotola Ekeinde reveals what she will do if she was the President 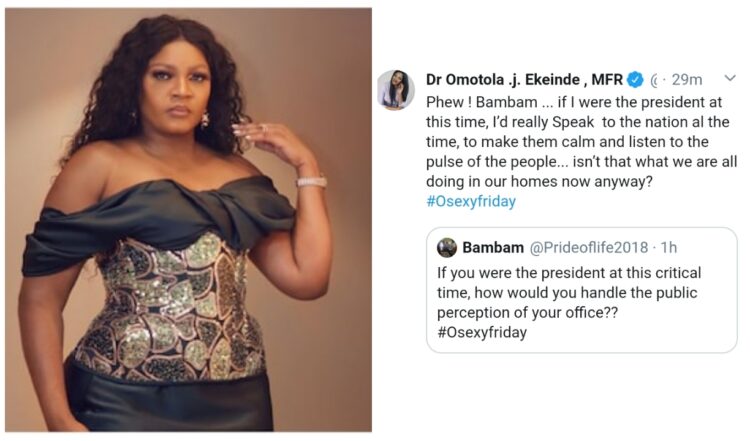 Nollywood actress, Omotola Jalade Ekeinde also referred to as Omo Sexy by her fans during a Question and Answer session via her Twitter handle revealed what she would do if she was the president.

One of her followers wrote, “If you were the president at this critical time, how would you handle the public perception of your office??”

The Nollywood diva in her response said if she was the president at this period she would speak to the citizens all the time.

She wrote, “Phew ! Bambam … if I were the president at this time, I’d really Speak to the nation al the time, to make them calm and listen to the pulse of the people… isn’t that what we are all doing in our homes now anyway?”

In another tweet, Omosexy the government needs to come to the rescue of the people during the Stay At Home directive.

She wrote, “This is where other Govts have had to come to the rescue of their people. It’s sad that at a time like this the country has not given to its people… rap the vulnerable ones… really sad. Hopefully Nigerians wake up!” 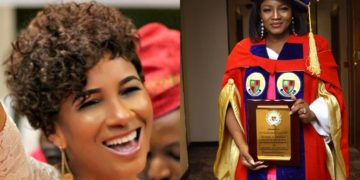 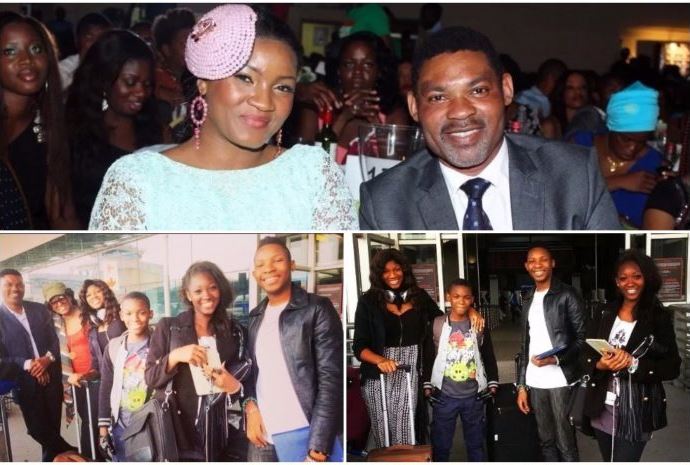 How many children does she have? Here is all you need to know about Omotola Jalade Ekeinde’s children (Photos) 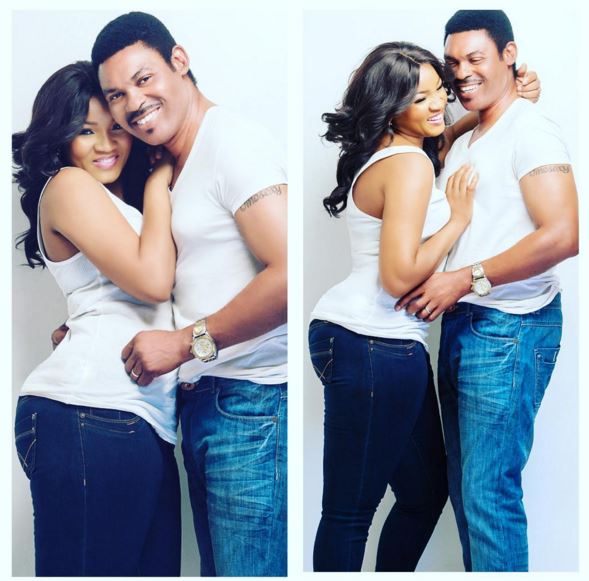 Omotola Ekeinde & her husband Matthew Ekiende pictured together in Morocco