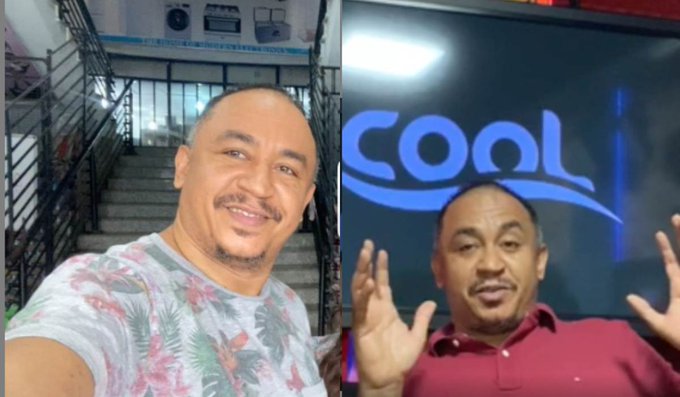 Popular On-Air Personality, Daddy Freeze in a statement via his social media handle has bid goodbye to Cool FM after 20 years of staying with them.

He, however, hinted that a big announcement was on it way. Well, whatever made him leave Cool FM must definitely be big.

Kids your age are already buying Ferraris for their parents…

I didn’t intend to disrespect you – Daddy Freeze…

Hi guys, after 20 years on @coolfmlagos the time has come to say goodbye. 

Would miss you all… BIG announcement coming soon.

Daddy Freeze managed to stay in the limelight by being controversial especially when it comes to Christianity.

He is the pioneer of the Free The Sheeple movement as he spoke against paying tithes to churches.

Freeze is also well known for criticising pastors and some Christian doctrines.

He is a beta male, a softie – Daddy Freeze trolls Will Smith following Jada and…