Davido laments over poor roads in Osun State as he visits his hometown, Ede 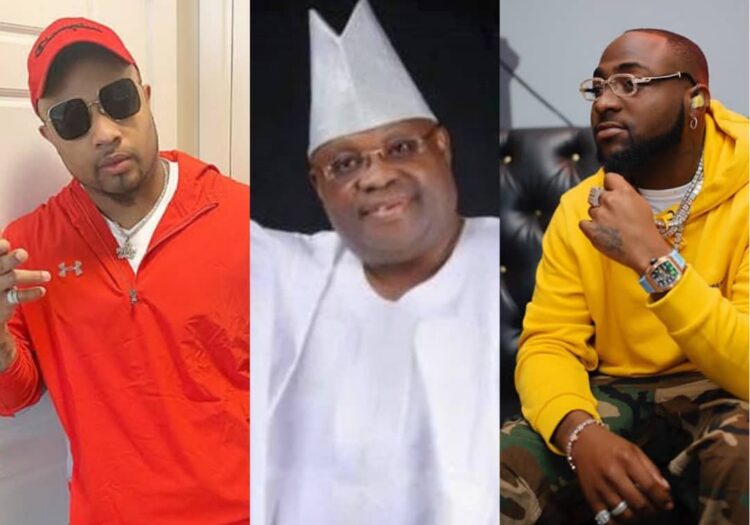 Well, following the visit, Davido took to social media in the early hours of saturday to lament on the situation of roads in Osun state.

According to him he said the roads are still the same.

He said, “All roads is Osun fucked up ! Everything still the same smh Sad”

A fan of the artiste went ahead to say “Who do we blame the federal or the useless Governor who has chopped the money? Naija is just bad luck”

Davido responded by saying ” I don’t even known again.”

Well reason for Davido outburst may be linked to the fact that his uncle, Ademola Adeleke didn’t win in the last governorship election in the state despite the artiste joining in the campaign.