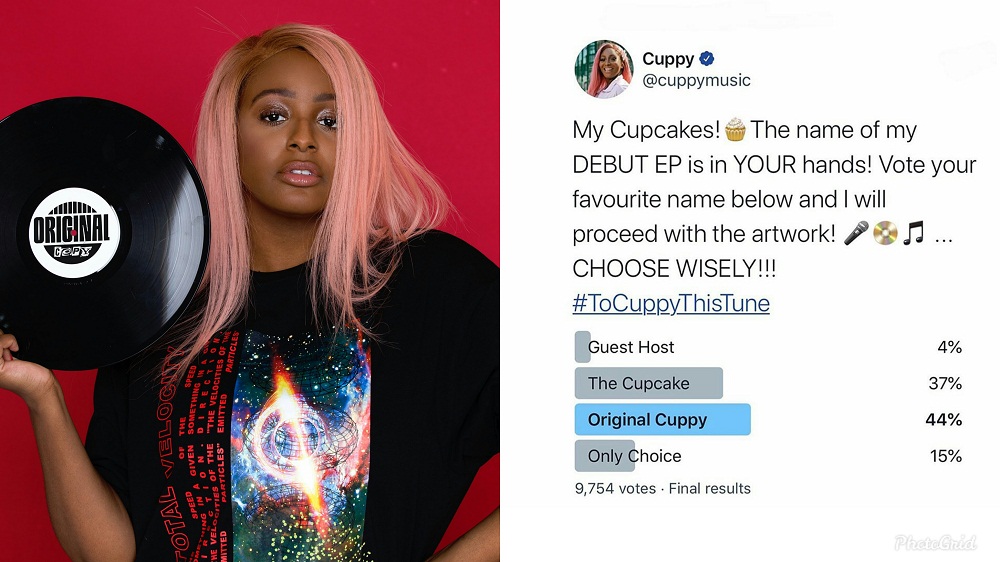 After serving her fans series of singles for the last three years, billionaire daughter, Florence Ifeoluwa Otedola popularly known as DJ Cuppy has announced the title of her highly anticipated debut EP which is set for release soon.

The title “Original Copy” which was chosen by her fans in a twitter poll after it garnered the highest number of votes is a strong oxymoron that portrays DJ Cuppy herself.

With a Masters Degree in Music Business from the New York University, an immense talent as a music artist and her diverse knowledge of great sounds, the billionaire daughter and disc jockey will be hoping to infuse all these into her forthcoming EP.

Despite coming under heavy criticism from different quarters, with most of them asking her to quit music, she has kept  her game going and has her eyes set on the bigger picture, ignoring the noise while pushing her craft beyond the shores of Nigeria and she will most likely hope that this project will shut naysayers up when it drops.

The EP will feature some of the biggest artists in Nigeria which includes Tekno, Zlatan and also a Three-time  Grammy award winner. She has also bragged that the EP will have the best roll-out plan ever seen in the Nigerian music industry.
Recall that few days ago, the tiger beer ambassador was flown out to South Africa by Netflix to DJ at Queen Sono movie premiere in Johannesburg.