Prolific Nigerian disk jockey, DJ Kaywise was exposed this evening by vigilant fans after he shared a bank transaction receipt with claims that he mistakenly sent the sum of three hundred and fifty thousand naira (N350,000) to one of his fans instead of the 35000 naira giveaway he planned for.

It all started when Dj Kaywise posted on his Twitter feed that he was going to give away some amount of money to his fans. He asked them to drop a comment including their bank details and he will pick randomly.

Which give away person go come do now 😔

Shortly after, Kaywise cried out in another post that he just transferred 350k to a fan instead of 35k.

However, some of his fans did not believe him and they tried to investigate, which they later found that he made the transfer before coming online on Twitter to announce that he will be doing a giveaway. 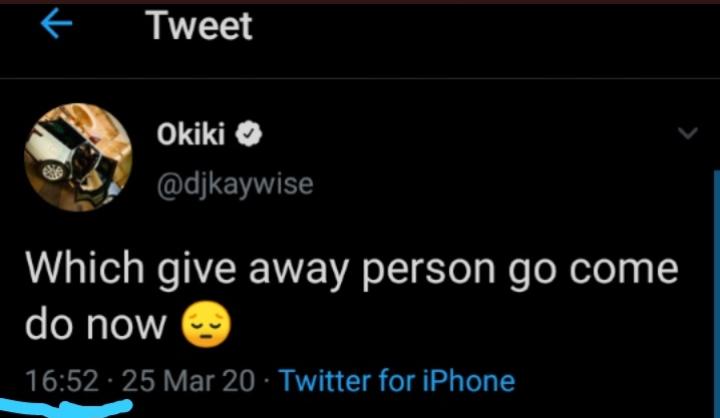 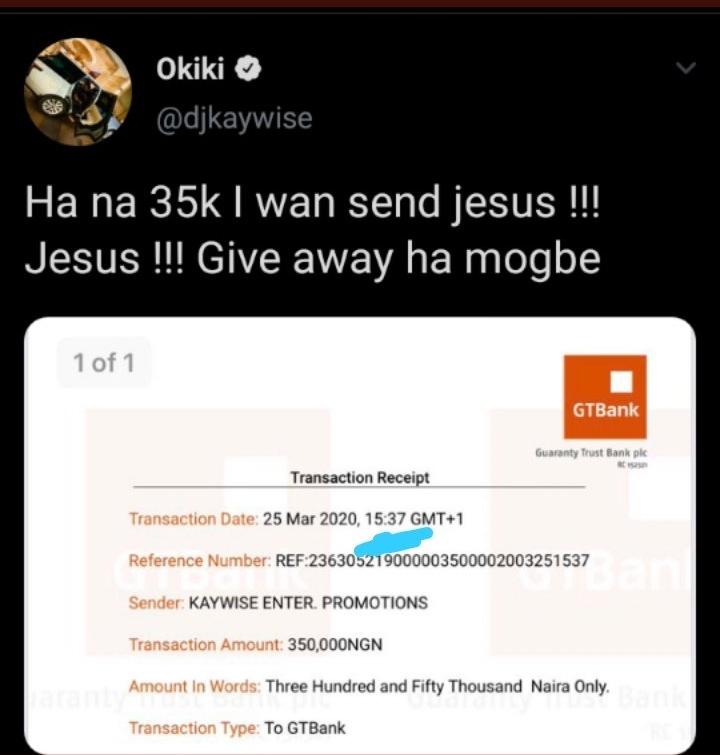