Nigerian music star, Azeez Fashola aka Naira Marley, has advised his male fans on social media to beware of ladies that like them because of their manhood and not for their personality.

The Marlians boss who recently revealed his plans to recruit more ‘Marlians’ worldwide, advused that a lady can easily find a replacement if the above is the case.

He wrote; If ur lady leaves you and the only thing she will miss is your d!ck then you are replaceable and useless. #Aye

Shortly after, a fan of the singer jokingly warned him to be careful with his advises else he will be reported to the EFCC again. 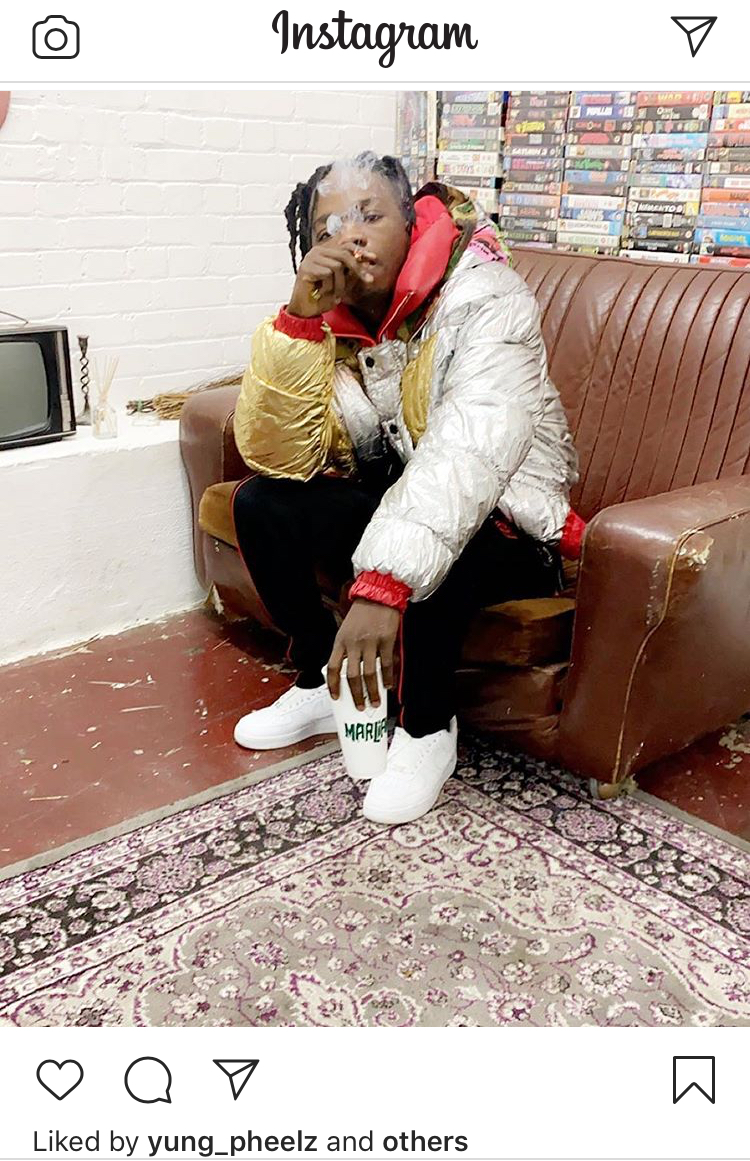 Meanwhile, after staying off the music scene for a while and shutting down his London show in February, Naira Marley is back to making music as he is set to drop a new single.

The new song which is titled ‘Aye’ is produced by his favorite producer ‘Rexxie’ and it will be his first for the year 2020. On ‘Aye’, Naira Marley talks about living life to its fullest and not taking life hard as it should be seen as a very smooth ride.

This might be the next big hit for Naira Marley especially as he has kept his fans waiting for so long and demanding new stuff from him. He has not yet announced the date for the song release but only posted a snippet on Twitter, it might possibly be his next track.

In the video shared on Twitter, Naira Marley was seen in his usual mode smoking and sitting with Rexxie, the producer as he got more ginger to record the verse on the song. This is always the same mood Naira Marley finds himself before he goes ahead to record so many hits and this might be another one.

Court delays arraignment of Naira Marley, Gbadamosi due to the Covid-19 pandemic after they violated lockdown order

Sarz recounts a funny experience he had with Naira Marley

“I want all of you” – Tacha tells Naira Marley on Instagram