– An American family of 5 – Parents and three daughters were featured on ‘Iyanla fix my life show’ that saw them squash the old lies that have eaten deep into their family.

– The wife lied to her 3 daughters that their father raped them, when asked why she lied, her response was “Why didn’t you fight harder if u know u didn’t do it” 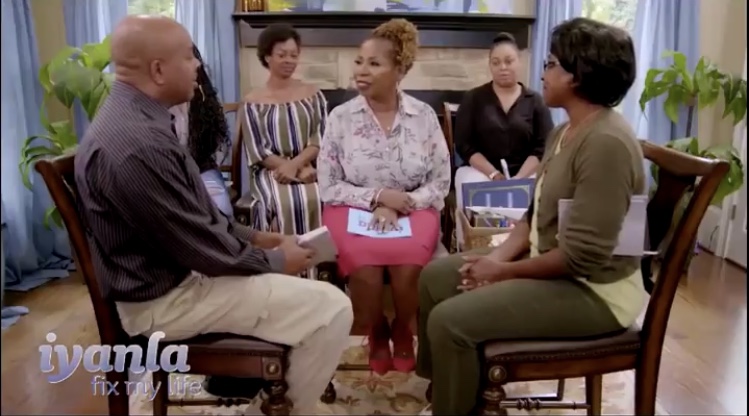 Iyanla Vanzant is an accomplished author and inspirational speaker who tries to help others improve their lives.  Secrets are revealed, truths uncovered and emotions let out as Vanzant teaches people how to pull back the curtain on what isn’t working in their lives in order to fix those problems.

In one of her episodes, an African-American man Monzell, 53, revealed how his wife Evonne, 53, turned his children against him for 25years. He said that his wife had lied to their 3 daughters that he raped them when they were younger.

Evonne and Monzell took a lie detector test and it came out negative when the husband was asked if he has had any sexual intimacy with his daughters, while the wife’s test came out positive when asked if she had lied about sexual intimacy between her daughters and their father.

“If your boyfriend allows you to drink and smoke, he doesn’t see a future with you” – Nigerian lady