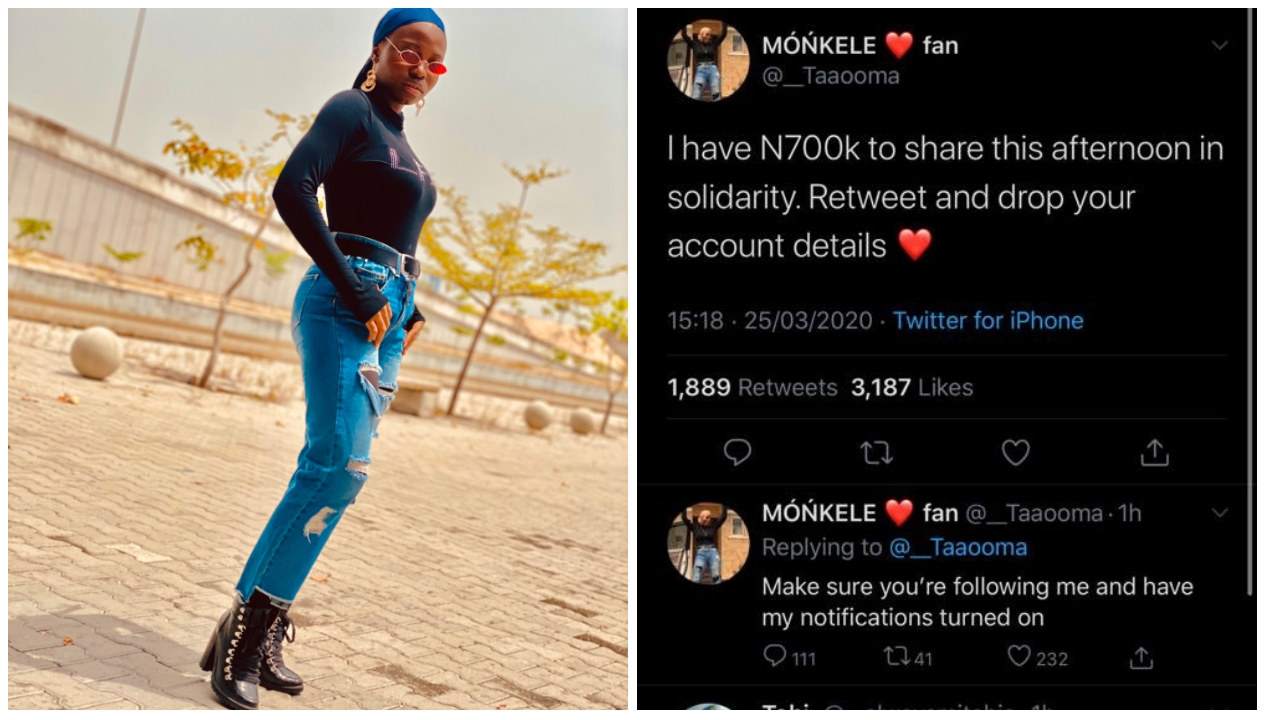 Popular Nigerian comedienne, Taaooma has taken to social media to lament over a parody account of her urging fans to drop their account number for giveaways.

Taaooma via Twitter handle said “Yes guess you guys can see what this so called “parody” and fan pages are doing. The other day I complained, most people said I was harsh. Now see for yourself. The fake account is @__taaooma it has double underscore while mine has just one.”

“@ObongRoviel sent me this screenshot, Now people are commenting their account number on my page and tagging me.. the guy /the owner of the page even blocked me. How can people be deceiving other during this time just for fame?”
Most Nigerian celebrities have been doing giveaways for their fans via their social media handles, notable ones are Runtown who set aside 10 million naira for his fans, another is Peruzzi.