Nigerians have stormed microblogging platform, Twitter to react after 5 new cases of coronavirus was confirmed in less than 24hrs.

We reported earlier that the Federal Ministry of Health has announced 5 new confirmed cases in Nigeria. With the development, Nigeria now has eight confirmed cases of the disease.

The Minister of Health, Osagie Ehanire, in an ongoing press conference in Abuja,on the update of the disease in the country, said all the new five cases had a travel history to the from the United Kingdom, UK and the United States of America, USA.

“We urge Nigerians to remain calm as public health response activities are intensified across the country,” he said.

Reacting to the news on social media, see different opinions of Nigerians; 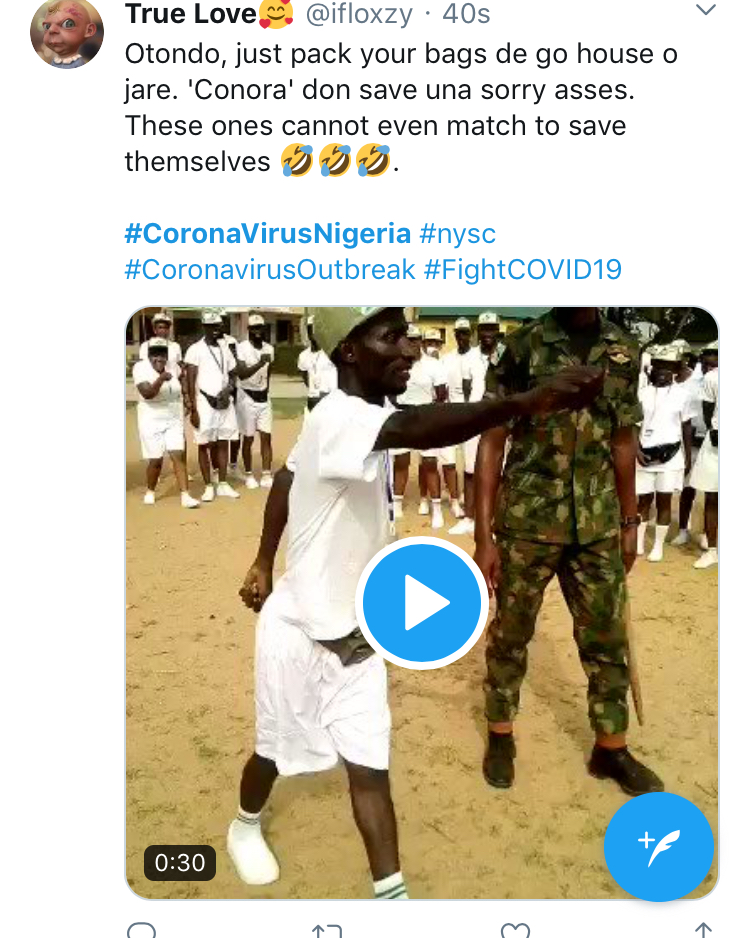 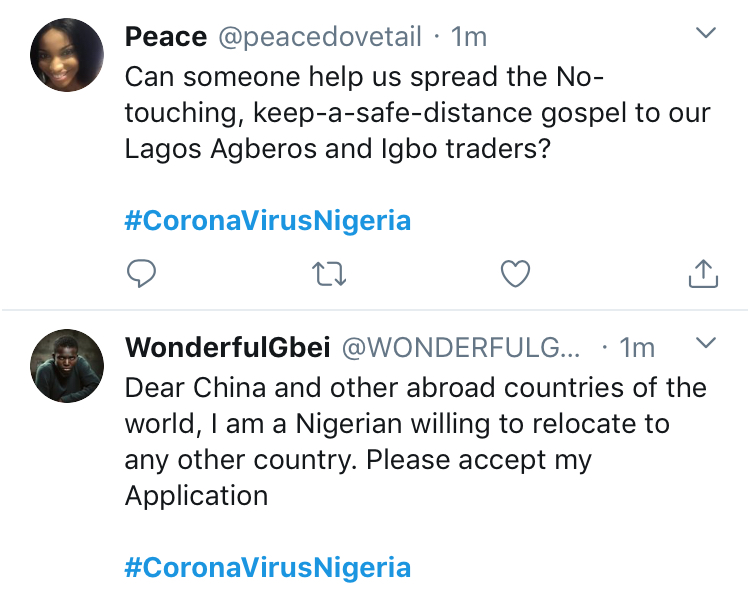 In a developing story, the Federal Government on Wednesday morning has placed travel restrictions from countries that have confirmed over 1000 cases of coronavirus.

The Presidential Taskforce on the Coronavirus pandemic Chaired by The Secretary to the Government of the Federation Boss Mustapha made the announcement at a media briefing in Abuja on 18th March 2020.