Osun state govt debunks report of coronavirus in the state 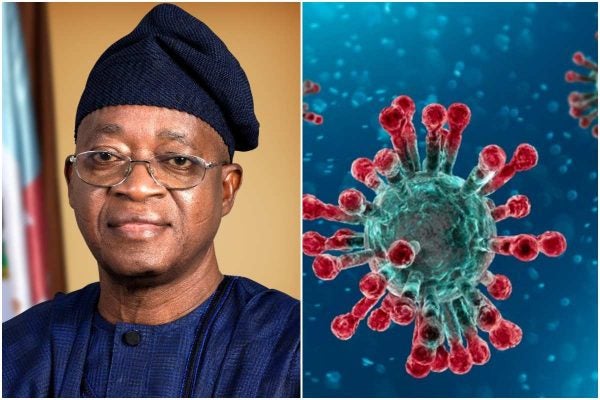 Osun state government has debunked the report of coronavirus in the state.

This comes after a Twitter user, @ChinyereOranugo wrote  ”the suspected case of coronavirus was recorded on the NYSC orientation camp in Ekiti state, and was being isolated in Osun state.

“Please Nigerians, my family and I need your help at this time. My cousin who schooled in the Uk and returned home 26/01/2020 to serve in the NYSC was posted to Ekiti state for his orientation and he’s down with cough so has been quarantined and sent to Osun state, but he’s not but he’s not been fed since yesterday that he’s been quarantined and he’s complaining of dizziness. Not only that, he was carried like a waybill in a poorly kept ambulance. It’s almost as if they want him dead so a case will be established.

Osun state govt in a statement released by the Chief Press Secretary to the governor, Ismail Omipidan said there is nothing of such in the state.

“Coronavirus: The story making the rounds about a certain man raising the alarm that his cousin is being kept in a poor isolation centre in Osun is not true. At the moment, we do not have such a case in Osun and we pray not to have it. Our people should remain calm.

Purveyors of fake news should also desist from spreading falsehood so as not to create unnecessary panic among the people.

Chief Press Secretary to the governor,