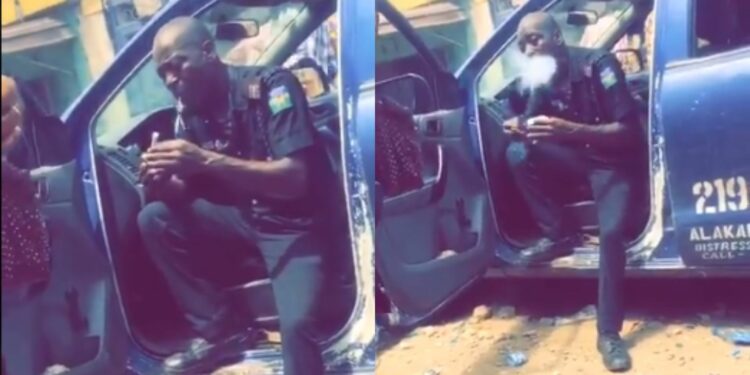 A yet-to-be-identified officer of the Nigeria Police force has been recorded smoking marijuana in a Police Vehicle. The video made rounds on social media yesterday till it got to the notice of Twitter activist, Segalink who tagged the relevant police departments to take a look at an officer of the law exhibiting such a questionable behaviour in public space.

The officer was seated in a marked Police Vehicle which gave away his division located at Alakara Idi Oro, Mushin Lagos. It looked like he was in the company of other officers who were a ‘joint’ to have fun and wind down with hard drugs while scantily dressed women galivant around their faces.