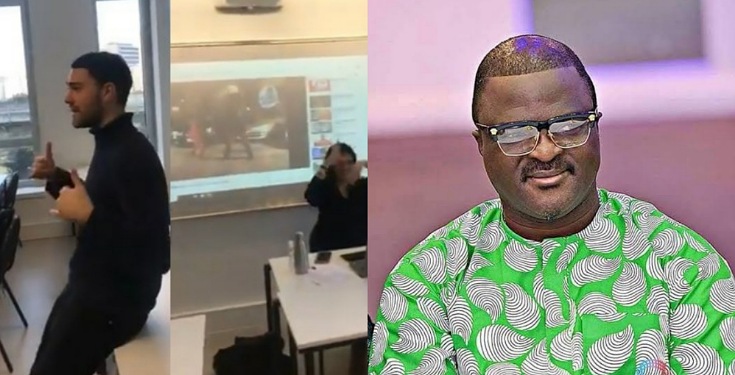 Obesere’s age-long song, Egungun continues to gain more international recognition after it resurfaced recently to become one of the trending songs in Nigeria. A video which has gone viral on social media shows the moment that some students studying in France were singing the song, Egungun Be careful.

In the video that we obtained from social media, the students were watching the video in class with their teacher via YouTube . They didnt just watch but also sang along with joy and excitement on their faces.

A Twitter user @GreyHunter who shared the video, revealed that a Nigerian lady, Lade Kale studying in France, introduced her classmates and teacher to the now trending song. Egungun Be Careful was released 19 years ago by Obesere but in a bid to find videos which will be used to make meme-like jokes, some Nigerians unearthed the video which has now given the Fuji star a new found popularity.

Zlatan Ibile meets with guy that posed as “Egungun”, reveals…