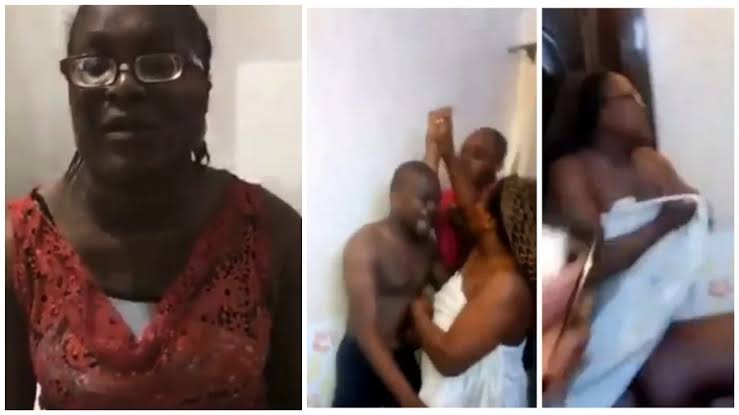 According to the woman, she and the presumed husband are not legally married but only have children together. The man traveled to the United States and neglected his spouse in Nigeria for years, to get married to an American lady.

“I heard the rumour in my estate that he is married to another woman in America while he left me waiting with children here in Nigeria.”  She said.

The stories prompted her to call and ask him if they were true and he confirmed all stories to be true, telling her to move on from their relationship as he is no longer available.

The distraught woman revealed how her former live-in partner and his family broke into her house with thugs posing as Men of the Special Anti Robbery Squad. She shared a lot in the 5min clip. Watch below:

Dino Melaye talks about sneezing in the past and now