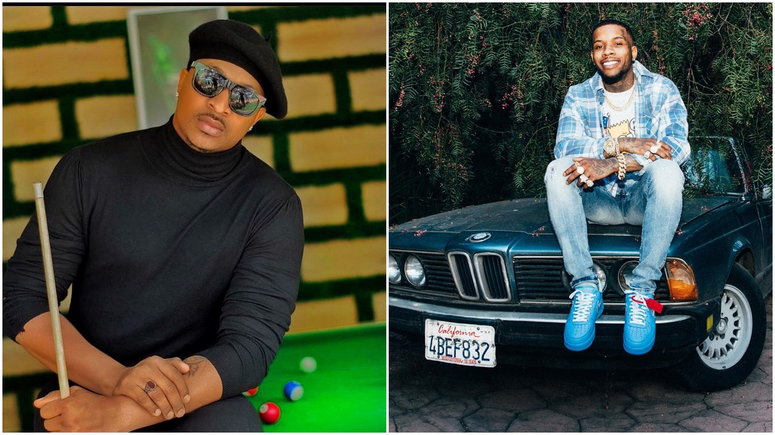 Quarantine Radio – A show that was introduced with the emergency of the Coronavirus pandemic that has got hundreds of millions across the world stuck in their homes.

IK Ogbonna was cautioned twice by the Canadian rapper for posting the Nigerian flag in his comment section during live videos.

“IK Ogbonna, we know you repping your city but please stop posting the same flag,” Tory added after the Nigerian actor shunned the first warning.

The incident sent Twitter into a frenzy, on Tuesday morning, as IK Ogbonna became the second trending topic on the social media platform.

While the rest of the world is battling with coronavirus, North Korea is testing missiles