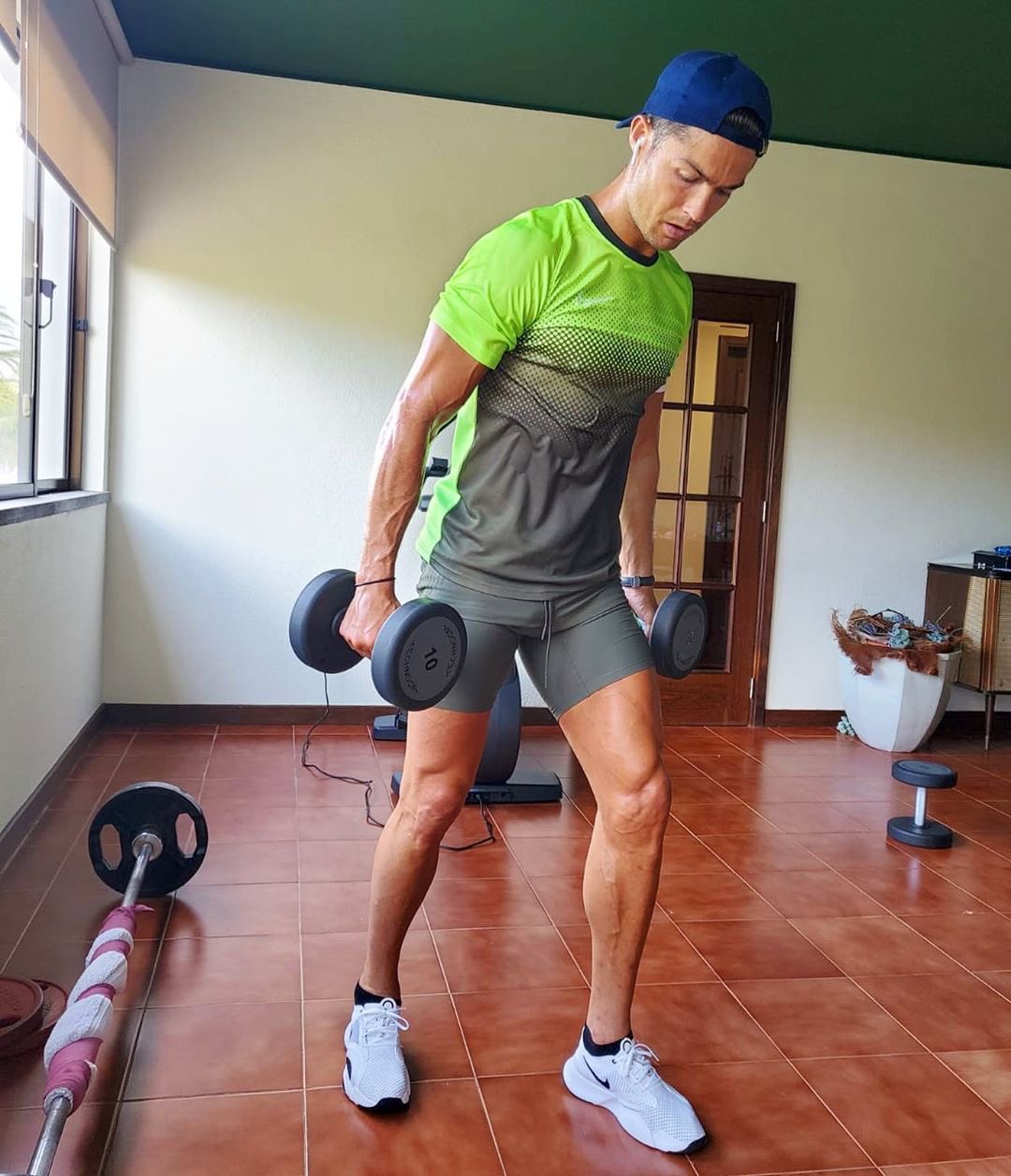 Portugal international and Juventus star man, Cristiano Ronaldo has continued to show he is a product of hard work, which despite achieving a lot, he wouldn’t still let go.

C. Ronaldo, who clocked 35 in February 2020 has refused to let down his guard as he continues to keep fit despite the lockdown.

There were reports in the past by players who had visited the Portuguese star at home only to end up joining him in serious exercise.

With the German Bundesliga set to return in May, there are indications that the Italian Seria A could follow the same route which means fans will finally get to see Ronaldo back in action once again.

Cristiano Ronaldo will continue to hold the record of a player who has played in almost all the top leagues in Europe and have made a name for himself in the leagues as well.

Ronaldo has played in the EPL, the La Liga and now he is in the Seria A,  this is one feat is arch rival, Lionel Messi has failed to achieve.

See Photos of Cristiano Ronaldo in training during lockdown; Stella Damasus flaunts her lookalike daughters for the first time – Gosh! They are beautiful (Photos)

NYSC assures Corps Members of April and May stipends, debunks fake news that it will be contributed to fighting COVID-19