I can raise Abba Kyari from the dead – Nigerian Pastor 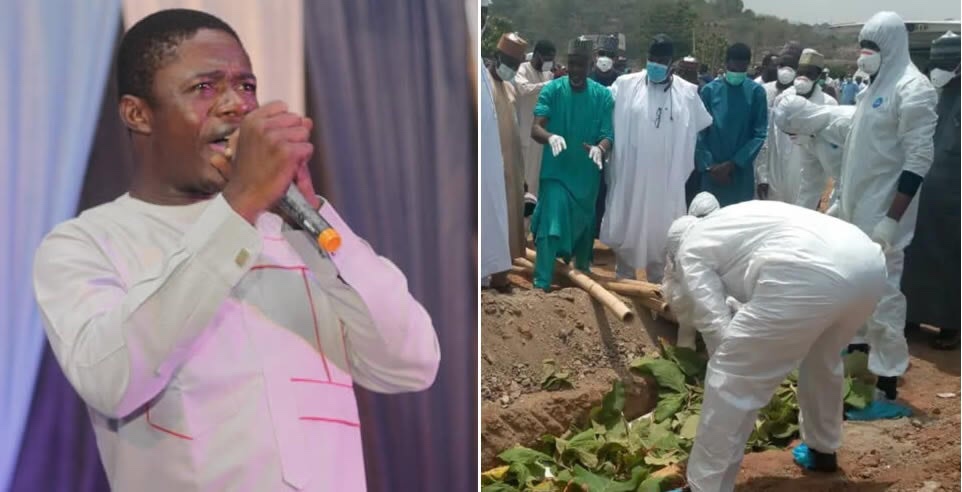 A Nigerian pastor, Goodheart Val Aloysius who is domiciled in Calabar has taken to social media to reveal he can resurrect President Buhari’s chief of staff, Abba Kyari from the dead if given the chance.

The remains of the late Chief of Staff to President Muhammadu Buhari, Abba Kyari was laid to rest on Saturday.

The pastor in a Facebook post advised the family not to be in a hurry to bury him.

“We Couldn’t Invite Soldiers To Flog Crowd At Abba…

The pastor stated that he saw Kyari’s death coming the previous week and had lamented but was not given a chance.

“JESUS IS THE ANSWER TO THIS PANDEMIC. ABBA KYARI CAN COME BACK TO LIFE….Let the family of Chief of Staff to the president not be in a hurry to bury Abba Kyari let me be given a chance and in the name of Jesus christ of Nassaret Abba Kyari will live again!!! I saw all this coming last week I lamented for a chance but was not given because a prophet has no honour in his own country…Dr Good heart Val is my name a.k.a MY FATHER MY FATHER”.

Kyari had since been buried!