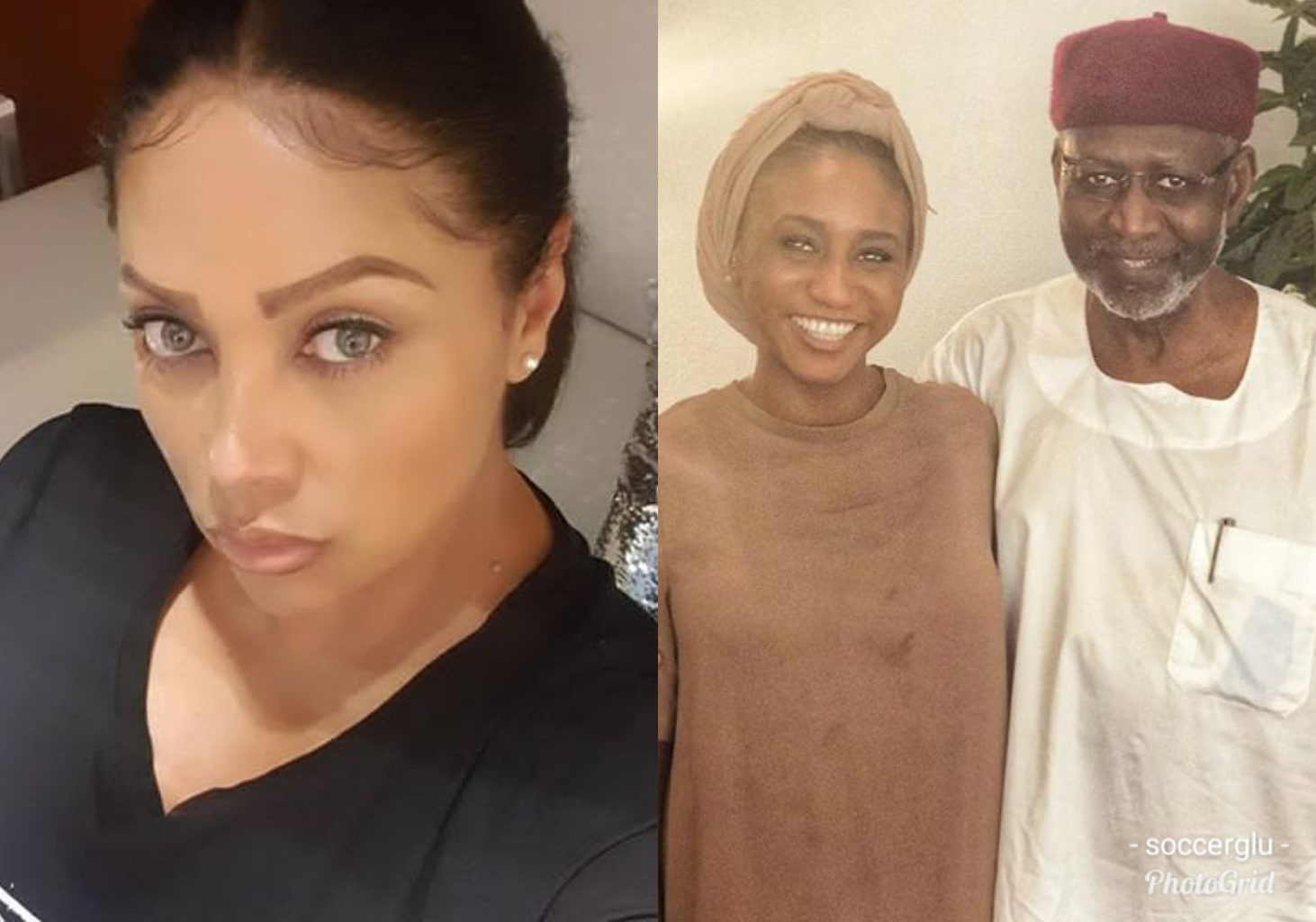 Aisha Abba Kyari, the daughter of late Abba Kyari has directly called out Peter Okoye’s wife, Lola Omotayo and some Nigerians who did not speak well of her father’s memory.

It would be recalled that Abba Kyari who was the Chief of Staff before his death, was pronounced dead some weeks ago after he tested positive for the deadly Coronavirus.

However, before Abba Kyari’s death Lola Omotayo was among the top celebrities who asked the Federal Government to disclose his whereabouts and should stop putting citizens in the dark.

JUST IN: Peter Okoye, wife and daughter test positive to…

Three lessons learnt from the death of Abba Kyari –…

Aisha who has got fed up with seeing ill comments of her dad littered on social media has now taken to her Instagram page to lash out at Lola Omotayo and Nigerians..

Aisha Kyari with the username on Instagram ‘crackeddiamond’ asked Lola Omotayo and Nigerians if their problems have now been solved now that her father is dead. She went as far as asking them if they’ve been able to sleep well after the demise of her father. “Except you want to see my nude, don’t ask for my picture” – Teni tells suitors (Video)