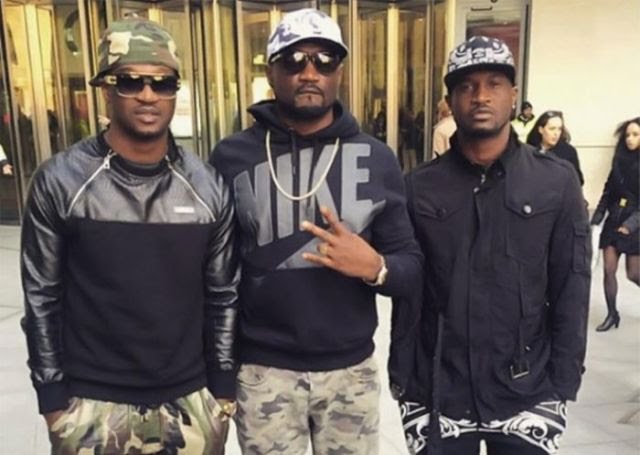 The eldest brother of the defunct Psquare music group, Jude Okoye added another year yesterday 24th, April and only one of the Okoye twins deemed it fit to celebrate him.

Despite the Coronavirus Lockdown ongoing in Lagos, Jude Okoye still celebrated his birthday with his immediate family and his favourite brother, Paul Okoye, now known by the stage name Rudeboy, but absent at the celebration was Peter Okoye their brother better known as Mr.P. Tunde Ednut elated as he receives 6 cows from Obi Cubana, 1…

While Rude Boy took to social media to celebrate Jude, MrP, on the other hand, seems to have kept to himself as no message was seen on any of his social media handles.

This has left many wondering if the Family Feud was still on between the three brothers.

Recall that Psquare disbanded in 2016 and since then things have not been well among the Okoye brothers. Peter and Paul went their separate ways after irreconcilable differences involving their work and families.

However, their Elder brother Jude Okoye who was their manager when they were still together as a group, subsequently sided with Paul leaving Peter on his own.