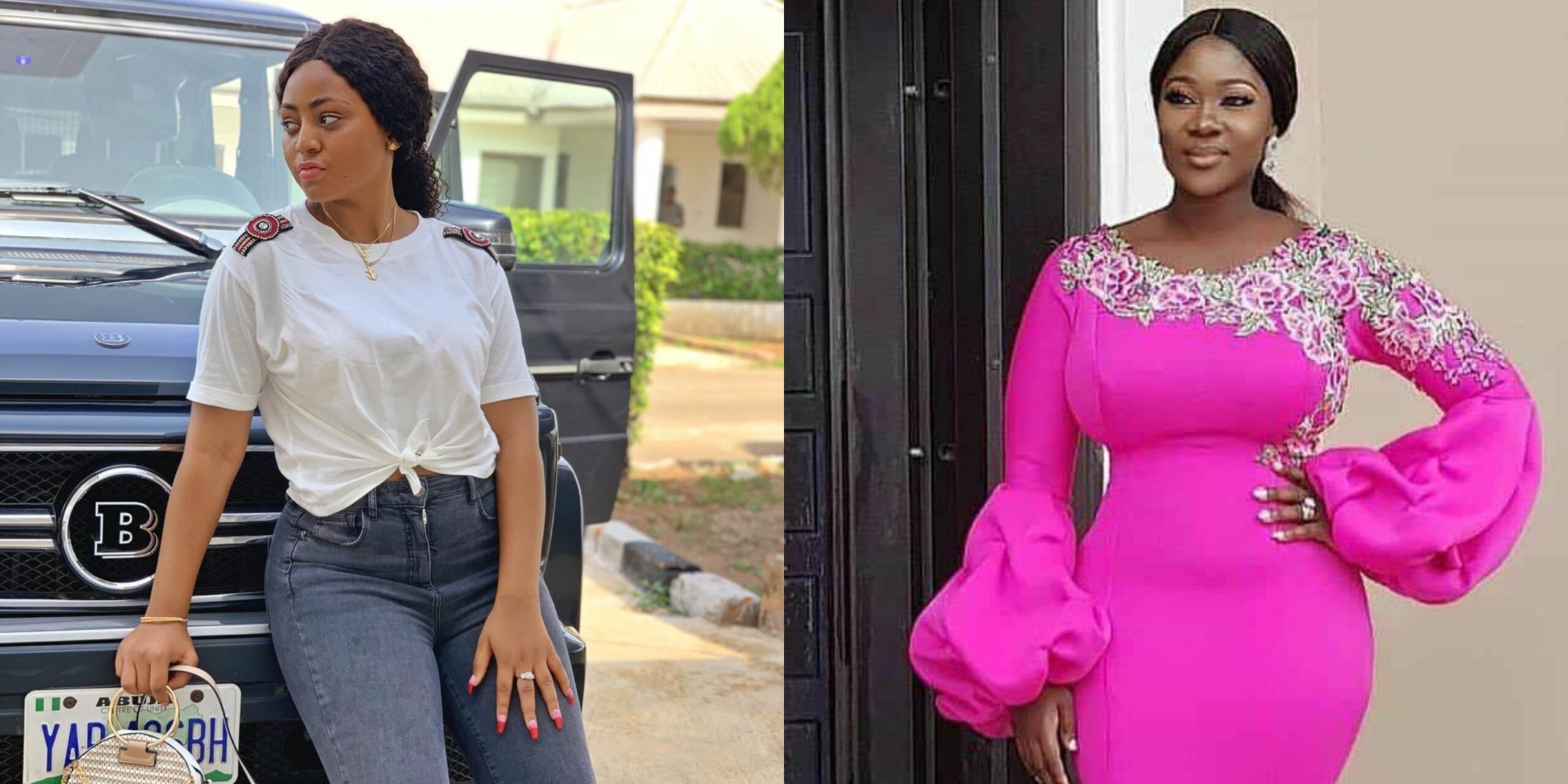 In fact, both of them expressed a deep love for each other on their social media handles. Regina Daniels who calls Mercy Johnson her mother had once posted about being excited meeting Mercy after a very long time.

“It was so lovely working with my mama again
@mercyjohnsonokojie #royaldancer Love you mummy” Regina posted after reuniting with the heavily pregnant mother of three at a movie location sometime in April, last year.

Mercy Johnson has also called Regina her “Big Daughter” sometime in 2017, when she was trying to drive home her point that the actress, was only 16.

“I remember the first time I carried this Big Baby of mine….Mum is what she calls Me and Yes,She is my Child…..
Happy 16th Birthday Princess …..You are so sweet,Respectful and Hard working….Aunty Rita, you did a great job here…LLNP…..party loading ……????” She wrote

Mercy also revealed that Regina Daniels ‘grew in her hands’ in the comment section after a follower tried arguing with her.

Well, things have fallen apart between both actresses who are currently heavily pregnant and the center can no longer hold.

According to our sources, the brouhaha started after news of Regina Daniels marrying Ned Nwoko broke. Mercy ALLEGEDLY tried to advice her to hold on a bit and build her career more before moving on to start a family as she was still a teenager. The advice reportedly didn’t go down well with the Delta born actress who became angry at Mercy and decided to withdraw a little bit as she sad she LOVED him and couldn’t wait.

“Mercy was only trying to advice her not to marry Ned yet as she was still young and needs to learn more about life. But Regina went ahead as she said she LOVED him” the source ALLEGED!

Since then, the relationship between both actresses has gone sour, and a further reasearch into their social media handles revealed that Mercy Johnson has unfollowed Regina Daniels on Instagram, while Regina still follows her, as at the time of writing this report.

All effort to contact both actresses as at the time of writing this report to get a reaction (Confirmation/denial) from them proved abortive.