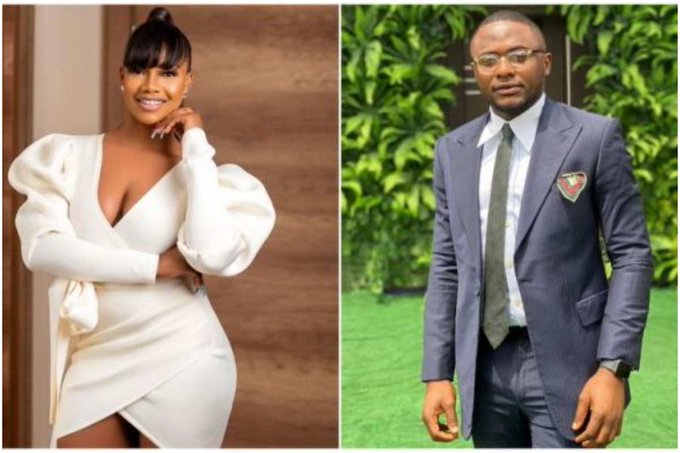 Media Personnel, Ubi Franklin has taken his beef with former BBNaija housemate, Tacha to another level as he dropped a shade for her following her response to his comment about her.

Recall that Tacha in a statement on Sunday slammed Ubi Franklin after he disclosed that she was one person he never wanted to see on the reality TV show in 2019 during an Instalive interview with winner of the 2019 edition of BBNaija, Mercy Eke.

Tacha in her statement fired back at the music executive, telling him to focus on his kids and those he is owing, and get her name off his mouth.

Ubi Franklin reacts to news of his babymama, Sandra Iheuwa…

Following the backlash Tacha’s clapback video triggered, Ubi Franklin has now dropped a shade for her and it centered on her alleged “body odour”, which made headlines during her stay in the Big Brother house.