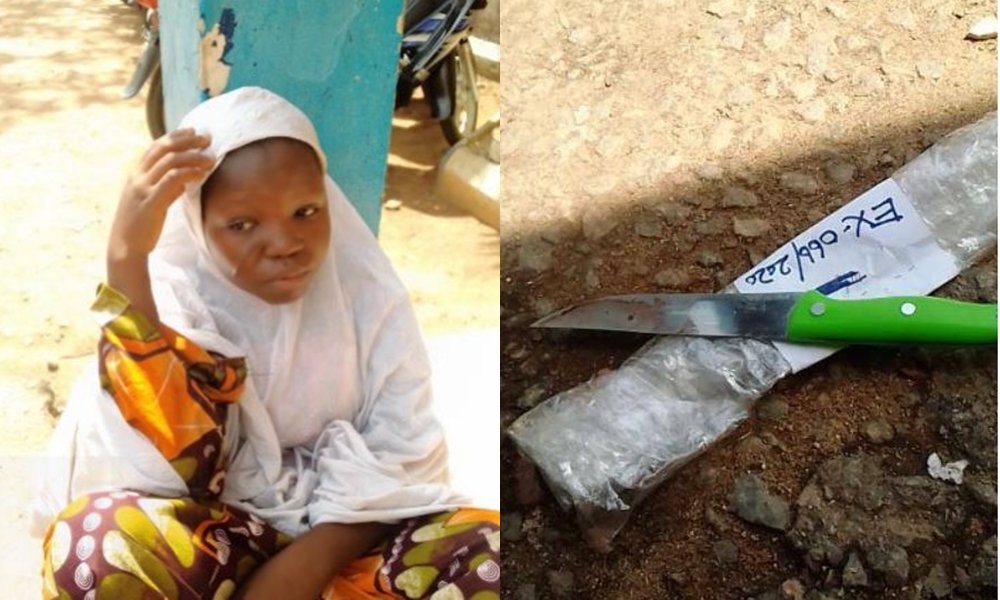 A 17-year-old housewife has stabbed her husband to death just 11 days after their wedding in Bauchi State.

Salman Hassan was said to have stabbed Mohammed Mustapha to death over sex.

Speaking with journalists in Bauchi on Thursday during her parade alongside other suspects, Salma said she stabbed her husband in the chest because he insisted on sleeping with her.

“We were married. We loved each other.

“I never knew that sex is a marital obligation. On that fateful night when he approached me for sex, I refused him because I have never been involved in it. I thought he wanted to defile me.

“He later got angry and was trying to force himself on me with slaps and beating, then I picked up a knife to scare him away but he kept coming. I didn’t know when I stabbed him with the knife in his chest.

“I have already given my statement. I’m in great suffering. I’m in great bitterness. I don’t know what will happen to me now. But I wouldn’t have done what I did if I knew better.”

The Commissioner of Police in the state, Phillip Maku, stated that Salman committed the crime on April 24, 2020.

He said one Hauna Musa reported the incident at the Itas-Gadau Police Division after which the suspect was arrested.

Maku said Mustapha sustained serious injury and was rushed to the General Hospital, Itas-Gadau, for treatment, where he was confirmed dead.