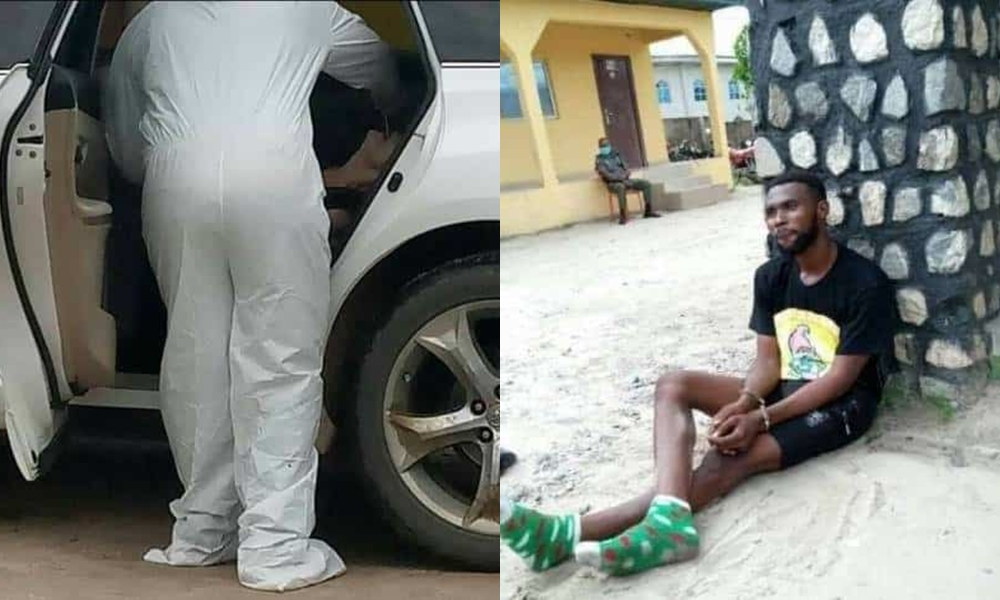 An American citizen recently died in Delta state while visiting her boyfriend whom she met on the internet. According to reports, the 67-year-old had been in the country for several months died of suspected coronavirus complications.

The woman was said to have died on Sunday morning, May 10, after she showed some symptoms of the virus and was rushed to a private hospital at Osubi, Orerokpe under Okpe Local Government Area of the state.

Speaking with Sahara Reporters, a security official attached to a police station in the local government, disclosed that the young man and the lady had been lodged at a hotel in Osubi town since her arrival in Nigeria on March 3, 2020.

Lady found dead in her room with organs removed after coming… “The young man and the American white lady lodged in a hotel in Osubi where they spent some weeks. The white lady fell sick and she began to manifest some symptoms of COVID-19, especially severe coughing. At this stage, her lover rushed her to a private clinic in Osubi but she gave up the ghost this morning.

Immediately she died at the hospital, her Nigerian lover carried her corpse in a Venza car to the Orerokpe Police Division and he was arrested by the police. While still at the station, a doctor was brought and took samples from the corpse for test.” When contacted over the issue, the Delta State Police Public Relations Officer, DSP Onome Onowakpoyeya, confirmed the incident, explaining that the white lady’s corpse was brought to Orerokpe Police Station by her lover, who revealed to the police that the deceased had severe cough for about a week until she died on Sunday morning.

According to Onowakpoyeya, the blood sample of the woman, that of her lover and others, who may have had contact with her, have been taken for test.