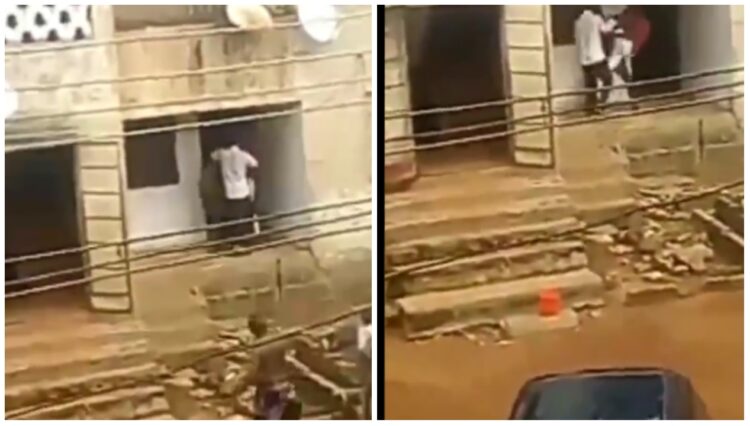 A video has been circulating on social media, which showed a boy engaging in a physical fight with his father in Abia state.

The boy identified as Abuchi is seen publicly fighting his father in front of their home.

Voices from the video are heard cautioning the boy but the fight between father and son continued.

A spectator got involved and tried to separate the fight but when he couldn’t separate them, he pushed the father and son inside.

According to the reports, the boy was angry that his father has not given him money for food ever since the lockdown started.