Cameroon pastor who claimed he could cure Coronavirus dies from the virus, followers say he is not dead but on a spiritual retreat 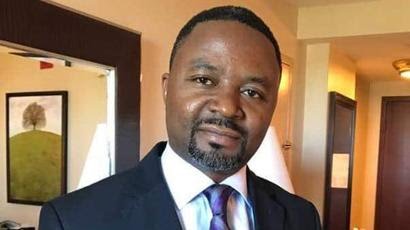 According to Voice of America news report, panic has gripped several hundred people after a popular Cameroon pastor and candidate in the central African state’s last presidential election, Frankline Ndifor, died of COVID-19 following his prayers that hundreds of his supporters cured of the coronavirus.

Cameroon police used force to gain access to his residence in the economic capital city Douala, as some of his supporters blocked entrances, praying for his resurrection.

Hundreds of followers sang Sunday morning at Ndifor’s Douala residence  that the man popularly referred to as the prophet is not dead, but he is rather on a spiritual retreat with God and will return soon. Their singing and prayers were broadcast by several local radio stations.

Ndifor died and was buried in front of his residence Saturday by workers of Cameroon’s COVID-19 response team in Douala.

Doctor Gaelle Nnanga said by messaging application from Douala that Ndifor died less than a week after being diagnosed with COVID-19.

He says that some members of Ndifor’s Kingship International Ministries Church called him to come to the pastor’s aid when they found out Ndifor was in agony, and that when the medical team he leads arrived, Ndifor was having  severe respiratory difficulties. He says the pastor died less than 10 minutes after they treated him.

The governor of Cameroon’s coastal region, where Douala is, said in a release he deployed police to force their way to Ndifor’s residence when his followers chased medical staff away, claiming that the pastor was on a spiritual retreat with God, rather than dead, and should not be buried.

Ndifor follower Rigobert Che says the “prophet” last Wednesday prayed for him and several dozen people diagnosed with COVID-19, and some who suspected they were carriers or had symptoms. He says via a messaging application that Ndifor’s death has brought panic to the hundreds of people who have been visiting him for prayers for a divine cure.

“This is a pastor that has been laying hands [on the sick] and claiming that he cures COVID-19,” Che said. “If you, the person that claims that you are curing COVID-19, you are dead, what about the fellow people that were affected by the COVID-19? Now that he is dead, I do not know how the people that he was laying hands on will be healed.”

Medical staff are asking all those who came in contact with the pastor to report to hospitals to be tested for COVID-19.

Besides praying for COVID-19 patients at his home and his church, Ndifor was also donating buckets and soap to the poor to protect themselves from the coronavirus by washing their hands. His last public outing was on April 20, when he went out into Douala’s streets to distribute facemasks.

Ndifor had a reputation as a miracle healer, and he was a contender in Cameroon’s 2018 presidential election, emerging seventh out of nine candidates, with 23, 687 votes.

Covid-19: President Trump calls out WHO, China in an open letter -Threatens to pull out of the organization