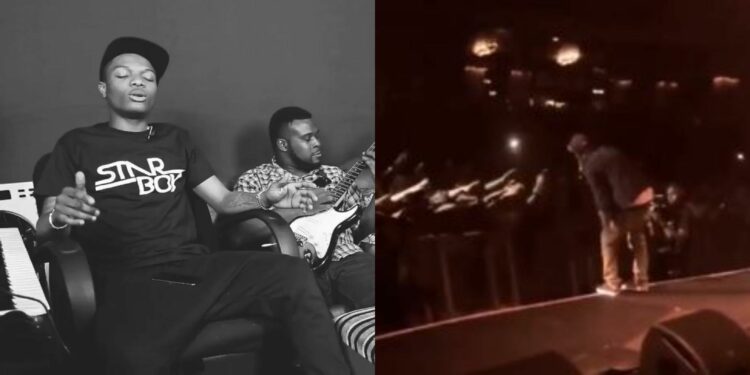 Budding Nigerian Director, Uche Udoh took to her Twitter page to share a rare Video of Wizkid performing an unreleased song in London as far back as 2012. Wizkid who was a budding act with a hit single and debut album, Superstar., had him on his first London tour.

Wizzy performed an unknown and unreleased R’n’B track that was produced by Masterkraft. This video has got the attention of everyone and goes to prove Wizkid has been on top of his game from scratch.

Wizkid’s success should not come as a shock to anyone, the 29-year-old Nigerian singer has paid his dues in full. Nigerian iconic artistes like Tuface, his former boss, Banky W, MI, and an endless list have talked about his die-hard dedication to the game from the onset.

Uche has announced that a Documentary for Nigerian singer, Wizkid is set to be released soon. She also dropped a never seen footage of Wizkid freestyling his Caro track during a studio session. Watch the video below: