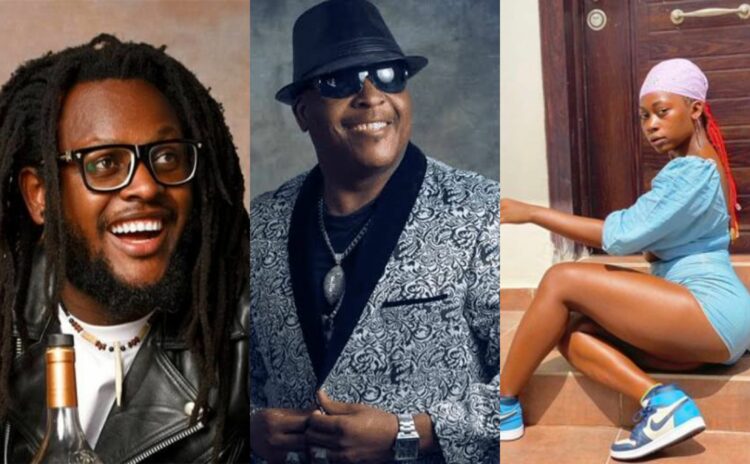 Following the arrest of Nigerian Director, Clarence Peters, reports have emerged that his father, Shina Peters could not post bail for his son.

According to Nigerian journalist and social commenter, Kemi Olunloyo, Music Icon Sir Shina has been denied bail of his son hours after his arrest over the death of video vixen and dancer, Love Divine aka Kodak

“Music Icon Sir Shina hasn’t been able to bail his son Clarence Peters out of police custody. There’s an alleged murder cover up. I already solved it. I will not be releasing any info. It’s a very delicate case. Someone took the life of the young lady. Murder is unavailable” She said 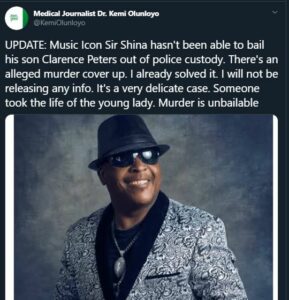 The state Police Public Relations Officer, Bala Elkana, said on Sunday that Peters and other people, who were present on the day of the incident, had been arrested and were being questioned at the State Criminal Investigation and Intelligence Department, Panti, Yaba.

“We have him and the others in our custody; they are currently being questioned as a suspects. We are investigating the matter,” Elkana stated.