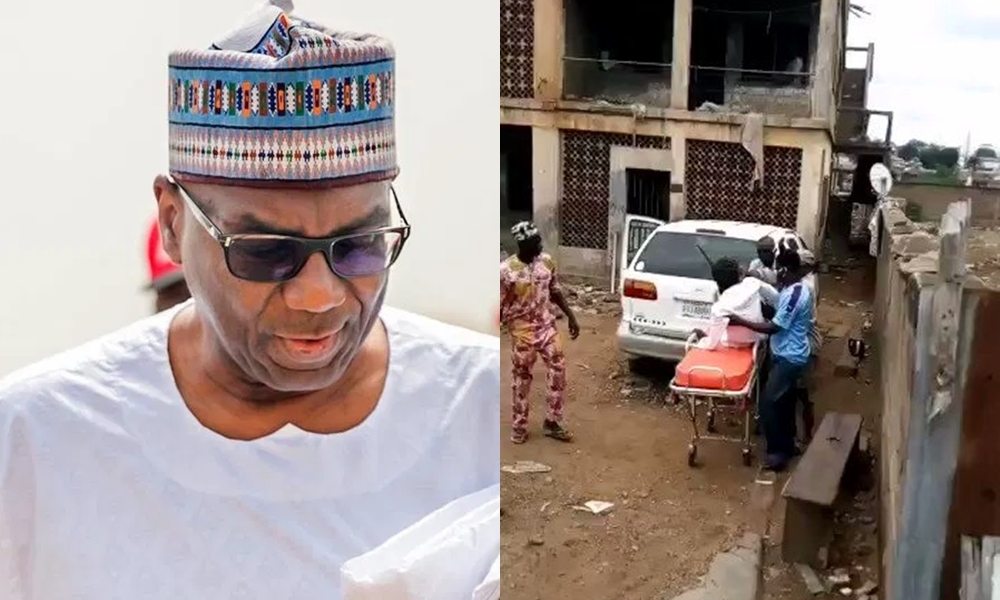 In a video that has now gone viral, a suspected COVID-19 patient was being evacuated to an isolation centre in a very ‘careless manner’ as none of the officials doing the evacuation were seen wearing the mandatory PPE that such situation requires.

The video elicited a wide range of criticism from social media users and some even doubted if the patient really had the virus.

iRokoTV boss, Jason Njoku, gives update on his battle with…

In recent development, the Kwara State Governor AbdulRahman AbdulRazaq has ordered the sack of a government driver attached to the state’s COVID-19 Rapid Response Team RRT, who attended to a suspected COVID-19 patient “in an unprofessional manner”.

A statement released by the governor’s Chief Press Secretary, Rafiu Ajakaye, says the official failed to heed the clear directive from his superiors at the Rapid Response Team not to take any action until they arrive the scene.

Read the statement below

”Kwara State Governor AbdulRahman AbdulRazaq on Wednesday directed the sack of a government driver that unilaterally attended to an unkempt person who was evacuated with a COVID-19 ambulance in Ilorin.

He also directed the issuance of queries to top officials of the state ministry of health for failing to act with necessary caution and expertise in the handling of the incident that was recorded in a video footage that has since gone viral.

The Governor totally condemns the shoddy handling of the gentleman who was clearly going through a hard time,” Rafiu Ajakaye, chief press secretary to the Governor, said in a statement on Wednesday.

He has directed that the driver be fired immediately. As the investigation revealed, the driver failed to heed clear directive not to take any action until the Rapid Response Team (RRT) arrives the scene. He evacuated the gentleman with the help of members of the public without waiting for the arrival of the RRT.”

The Governor further directed that members of the RRT be queried, while other steps are being taken to ensure this incident does not repeat itself. Involving just anybody in the evacuation of a suspected case, as was seen in the footage, was a clear and dangerous violation of COVID-19 safety protocols. The government equally finds it quite distasteful and unacceptable that the driver, who had long been involved in such operations, made unethical comments to somebody in distress.

That incident was avoidable, and we sincerely apologise to the gentleman and to the people of Kwara State for the embarrassing development. We assure them this will not happen again.”

You have a G-Wagon but you are still squatting, now you want relief – Mike Ezuruonye takes a swipe at people living fake lives on social media