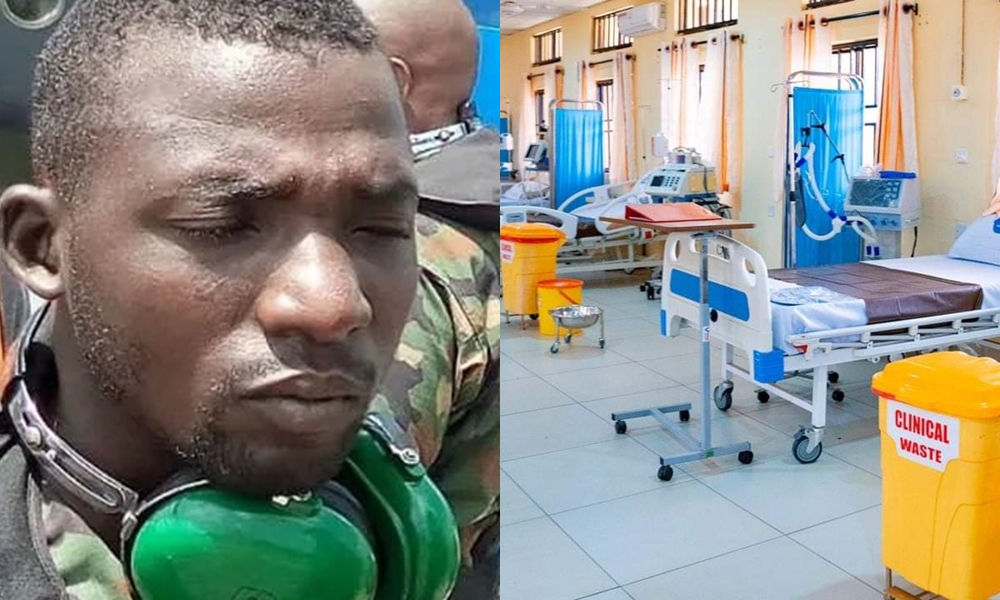 A sailor of the Nigerian Navy absconded from a COVID-19 isolation centre in Oghara, Delta State, on Saturday.

The Naval officer identified as SM Ahmadu who is a Covid-19 patient was brought to the isolation centre on May 1, 2020, ran away from the facility after threatening doctors and nurses with a jackknife.

It was gathered that the naval officer allegedly fled from the isolation centre after not being allowed to smoke marijuana. An eyewitness said;

“He came to the isolation centre with a knife, it was this knife he used to chase the security manning the gates before escaping.”

Governor Ifeanyi Okowa’s spokesperson, Ehiedu Anagwu said the naval officer has been reported to the military authorities. Naval personnel within Delta have also been told to be on the lookout for Ahmadu.

“When they brought him into isolation, he started making requests for weed which of course they wouldn’t give him at the isolation centre.

“Usually, once in a while they allow the patients to step outside just to get sunlight and come back in. But this time around when they came out, he had a knife on him, you know being a military man, and he brandished it, chasing off the security manning the gates. That was how he left.”

The situation report sent out by naval authorities reads;

“It is suspected that the rating could find his way to any Naval or Military Base within DELTA AOR. Therefore, all personnel are advised to be mindful and report his whereabout to the OOD/MOIC for proper containment/evacuation protocol.”